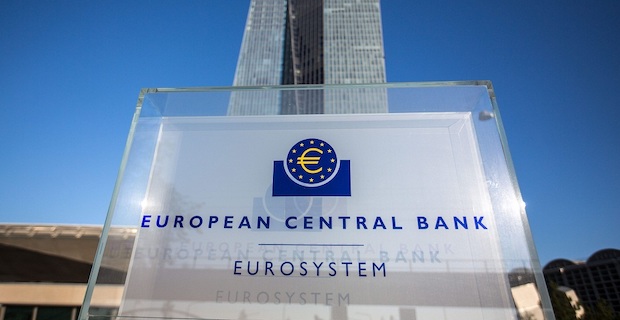 The European Central Bank (ECB) on Thursday decided to keep interest rates stable, reiterating its stance on holding historically low rates until eurozone inflation reaches a 2% target.  Interest rates on the marginal lending facility and the deposit facility will remain unchanged at 0.00%, 0.25% and -0.50%, respectively, according to a statement by the ECB's Governing Council.

On Nov. 1, net purchases were restarted under the Governing Council’s asset purchase program at a monthly pace of €20 billion ($22.2 billion), it said.

"The Governing Council expects them to run for as long as necessary to reinforce the accommodative impact of its policy rates, and to end shortly before it starts raising the key ECB interest rates," it noted.

Keywords:
The European Central Bank
Your comment has been forwarded to the administrator for approval.×
Warning! Will constitute a criminal offense, illegal, threatening, offensive, insulting and swearing, derogatory, defamatory, vulgar, pornographic, indecent, personality rights, damaging or similar nature in the nature of all kinds of financial content, legal, criminal and administrative responsibility for the content of the sender member / members are belong.
Related News