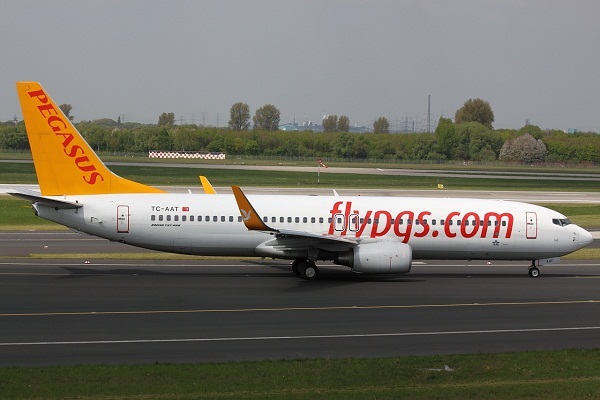 It flew 78.4 million guests between 2005 and the first half of 2014, and its expansion is continuing with more routes in Europe, the Middle East, Russia, North Africa and the Caucasus. Due to its continuous expansion, Pegasus was named “The Fastest Growing Airline” of Europe's major scheduled airlines in terms of seat capacity for 2011, 2012 and 2013 by the Official Airline Guide (OAG).

Pegasus has expanded its international network during 2014 with new routes into western Europe, the Balkans, Russia and the Middle East, its new destinations including Bahrain, Budapest, Frankfurt, Geneva, Hamburg, Kuwait, Madrid, Mineralnye Vody and Prague. Expanding into the African continent for the first time, Pegasus commenced scheduled flights to Egypt’s Sharm El Sheikh and Hurghada as of October.

In November 2013, flight-comparison website WhichAirline named Pegasus the most affordable airline in its comparison of 20 low-cost airlines that run a scheduled service.

Pegasus has the youngest fleet of aircraft in Turkey. As of 1 October, Pegasus has expanded its fleet to include two Boeing 737-800s, bringing the fleet size to 54 with an average age of 4.68 years. In December 2012 Pegasus made the single largest-ever aircraft order in Turkish civil aviation history at the time of approximately US$12 billion (list price) for 100 new Airbus aircraft (of which 25 are optional).

On 26 April 2013, Pegasus offered a 34.5% stake of itself to the public and began trading on the Istanbul Stock Exchange under the code 'PGSUS'. Continuing to expand during the first half of 2014, Pegasus' sales income rose by 33% compared to the same period last year. The data for Turkey's aviation sector show that Pegasus grew 1.4 times faster than the rest of the Turkish domestic market for its domestic flights and 1.7 faster for its international flights during the first six months of 2014. Pegasus' share of the domestic market rose from 26.7% to 28% and its share of the international market from 9.1% to 9.8% during the January-June period