December, the airports which reported the highest increases in passenger traffic are as follows 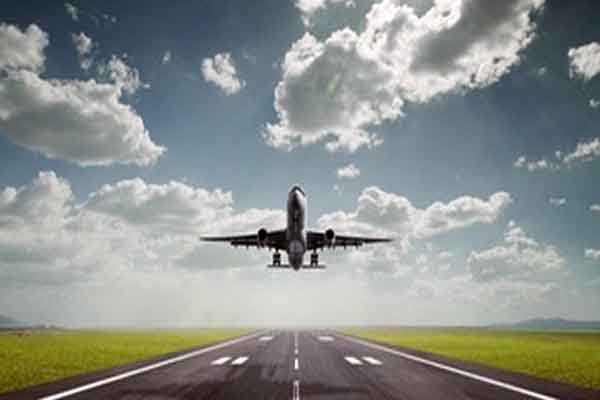 Brussels, 5 February 2015: European airport trade body, ACI EUROPE today released its traffic report for December, Q4 and Full Year 2014. The report is the only air transport report which includes all types of civil aviation passenger flights: full service, low cost and charter. The report reveals that during 2014, passenger traffic at Europe’s airports grew by an average +5.4%.

More specifically, passenger traffic in the EU grew by a healthy +4.9%, with Greece, Luxembourg, Lithuania, Portugal, Romania, Belgium and Ireland significantly outperforming the EU average. Conversely, countries such as Poland, France, Germany, Austria, Latvia and the Czech Republic all saw airport traffic growing below this average. Meanwhile, non-EU airports posted a dynamic passenger traffic growth of +7.3% with Serbia, Iceland, FYROM, Georgia and Turkey all growing well above this average.

Freight traffic across the European airport network grew by +3.6% with a similar performance between EU and non-EU airports (+3.6% and +3.3% respectively).

Olivier Jankovec, Director General of ACI EUROPE said “2014 was generally a good year for Europe’s airports and what really stands out is the fact that passenger traffic at EU airports significantly outpaced economic performance. This shows just how resilient the demand for air transport is and reflects how much consumers and businesses rely on air connectivity. However, the year also saw the direct impact of geopolitical tensions with passenger traffic falling in Ukraine and slowing down sharply in Russia. This resulted in almost converged growth rates between EU and non-EU airports in the final months of the year.”

The growth in air traffic registered by Europe’s airports in 2014 has come with continued change in the structure of the aviation market. Most of the increase in passenger numbers has been fuelled by low cost airlines, which have expanded their market share by moving upmarket into primary airports – sometimes at the expense of other airports in the regions. Ambitious non-EU airlines have also kept increasing capacity at Europe’s airports subject to regulatory constraints – occasionally indirectly through the acquisition of European airlines.

Looking at the evolution of the airport ranking for passenger traffic since the Global financing crisis erupted back in 2008, Olivier Jankovec also underlined significant changes: “While the top 3 European airports remain London-Heathrow, Paris-Charles de Gaulle and Frankfurt, Istanbul-Atatürk airport has jumped from the 10th position to the 4th by growing its passenger traffic by more 50% - adding 28 million passengers. EU airports now account for 13 of the top 20 European airports, down from 16 in 2008. Since then, Moscow-Sheremetyevo, Antalya and Istanbul’s Sabiha Gocken airports have joined the ranks. Remarkably, Istanbul’s Sabiha Gocken airport has gone from being ranked the 81st airport in Europe to the 18th – the result of more than 440% growth in passenger traffic in just 6 years.”

Looking at the year ahead, Olivier Jankovec commented “2015 has started pretty well and while air traffic growth might soften in the coming months, there are no immediate signs of current trends reversing. The EU economy is set to marginally improve on the back of lower oil prices, monetary policy easing and the depreciation of the Euro. Cheaper oil in particular should help support capacity retention and possibly some expansion as airlines review their hedging policies. However, that impact is likely to be less significant for European airlines due to the appreciation of the US dollar. Downside risks remain very significant with renewed uncertainty over the renegotiation of the Greek debt, sharp recessionary pressures in Russia and heightened terrorism threats.”

During 2014, the airports which reported the highest increases in passenger traffic are as follows:

For December, the airports which reported the highest increases in passenger traffic are as follows: