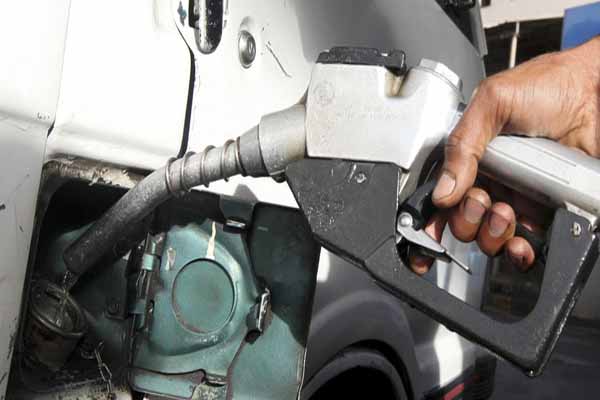 Here in Barageel vegetables market, western Cairo, the price tags on vegetables and fruits, the features that formed on the faces of both buyers and sellers, and the general mood in the market speak volumes about the effects of the fuel price raise. "The prices of all commodities had risen only hours after the fuel raise decision was applied," Um Mariam, a vegetables seller from the market, told Anadolu Agency. "Nobody will be able to put food on the table for his/her children, if these prices stay intact," she added. In explaining the reasons for taking the decision to raise fuel prices, the government said it is part of measures to restrain a runaway budget deficit, noting that the new measures  are aimed at giving subsidies to the social strata that deserve them the most. Here in this market, however, none of the social strata that deserve the subsidies, namely the poor, benefited anything from the fuel price raise. On the contrary, the new raise is ruffling their features and devouring the limited amounts of money they have in their wallets. Um Mariam says the prices of foodstuffs increased between 30 and 100 percent after the fuel price raise was applied. She adds that almost half of the vegetables she brought for sale in the market in the past used to rot because of stagnation, noting that the new fuel price raise would bring even more recession to her business.
"The current situation is like slow death for a large number of people," Um Mariam said.
-Equal surge-
A few meters away from Um Mariam, butcher Saeed was full of arguments to defend his latest decision to raise the price of the beef he sells at his shop.
"I have to raise the price after the latest fuel price raise," Saeed told AA.
He said he sold the one kilo of beef for 48 Egyptian pounds (around $10 million) on Friday, but had to raise the price to 50 pounds on Saturday. Saeed also plans to raise the price of the one kilo of beef to 55 pounds in the future.
He was, however, full of reluctance, saying the raise would take consumers away from him.
"Customers who bought two kilos of beef in the past, buy one now only," Saeed said. "With the new raise, nobody will buy anything," he added.
On the street in front of Saeed's shop, Egyptians rubbed each other's shoulders in their bid to buy the needs of their homes before the call to the Maghreb prayer, a time when Muslim break their day's fast.
Some of the customers who attended to this market to buy their needs say the new fuel price raise is untimely, especially that it is applied during the fasting month of Ramadan, a time of the year when the largest portion of family budgets goes for foodstuffs and drinks.
Mohamed Sukkar, who arrived in the market together with his young son to buy food for the family, said he cannot buy with 100 pounds (around $15) the same amounts of food he used to buy with the same amount of money in the past.
"Sellers have to raise the prices of vegetables and fruits," Sukkar said.
The fuel price raise amounted to almost 78 percent. According to the new price list, the price of 80 octane gasoline rose from 90 piasters to 1.60 pounds per liter and the price of 92 octane gasoline became 2.60 Egyptian pounds per liter from 1.85 pounds. The price of diesel fuel also rose to 1.80 pounds.