Do I need a Prenuptial Agreement?

Most people think that a prenuptial agreement is only for people who are very rich or very famous, but this really isn’t the case. 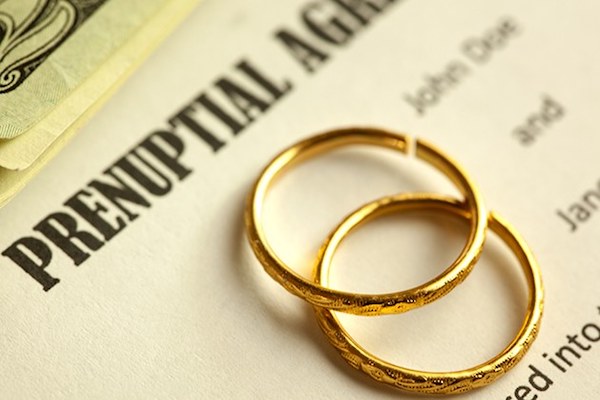 Most people think that a prenuptial agreement is only for people who are very rich or very famous, but this really isn’t the case. There are a number of very valid reasons why you and your partner might seek a prenuptial agreement, and none of them has to do with thinking that your marriage won’t last.

A pre-nuptial agreement, sometimes known as a pre-marital agreement or pre-nup, is an agreement which details who owns what in the relationship, and also sets out how the money, property and assets will be divided if the marriage ends. This is a formal agreement, made in writing and drawn up by a solicitor to comply with English and Welsh law.

There are many reasons why you might consider making a prenuptial agreement. Some of them are:

• You are remarrying and you have children from your first marriage and want to protect their inheritance.

• You own a business, which you want to keep control of

Is a Prenuptial Agreement enforceable?

1. The agreement must be entered into freely by both parties

Both parties need independent legal advice – that means separate solicitors, so there is no conflict. Their state of mind, age and maturity will be taken into account, along with when the agreement was made.

2. The parties must understand the implications of the agreement they are making

Both parties must give a complete picture to the other of their financial position, so they are absolutely clear about what they are giving up their rights to access. This full and frank disclosure will really help with the enforceability of a prenuptial agreement.

3. The agreement needs to make sure it’s not unfair to the financially weakest

This is perhaps the biggest issue when making a prenuptial agreement. The law says that the financially weaker person still needs to have their needs met in the event of a divorce. Any prenuptial agreement will have to satisfy this requirement to be enforceable.

By making sure that you take the time to discuss and plan your prenuptial agreement and get good, independent legal advice, your agreement stands a better prospect of being enforced by a court.