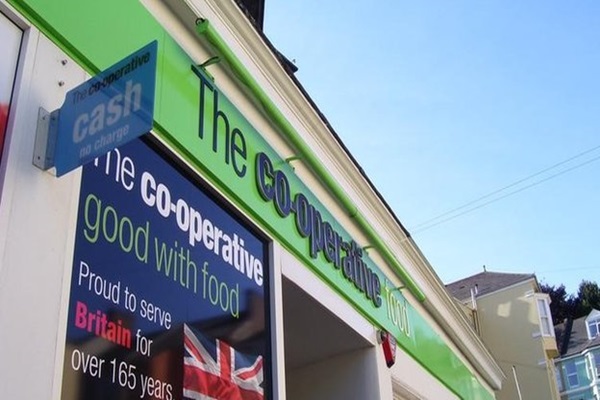 The group said most of the losses stemmed from the Co-operative Bank, which amounted to £2.1bn. That included a trading loss of £1.44bn for the year to December, when the group lost control of Co-op Bank to US hedge funds. Chief executive Richard Pennycook said 2013 had been a "disastrous" year. He added: "These results should serve as a wake-up call to anyone who doubts just how serious the challenges we face are. The Co-op Group chief executive has laid it on the line - this business needs to reform or it will face dire consequences. His words about "management failings" and these results being "disastrous" and the "worst in our 150-year history" are a clear message to anyone who thought that the business could carry on in the same way. What is also of concern is that group sales and underlying profit are both down. That signals that while past mistakes might make up the vast bulk of the losses, the present business (supermarkets, funerals, pharmacies and insurance) still has its own problems.

Glimmers of hope? Net debt is down, convenience store like-for-likes are up and the sale of the pharmacies and farms business could bring in some much needed cash, probably numbered in the hundreds of millions. But the group has an awfully long way to go. "The scale of this disaster will rightly shock our members, our customers and our colleagues," He also criticised the lack of transparency within the bank, which he said he believed had failed to communicate effective with the group board. "As a former public company finance director, I would not have been comfortable running with debt levels the bank was running with. So I do think there has been a lack of transparency," he sad. In addition to the trading losses at the bank, the group took another charge of £625m when it handed over 70% of the bank's shares to bond investors. The company also wrote down the value of the Somerfield store chain by £226m. Mr Pennycook said the Co-op Group would be refocusing its strategy in its food division on smaller convenience stores in towns and villages, which he said had worked "very well for us".

As part of that strategy, the Co-op plans to open 100 new convenience stores this year. But he added the acquisition of the Somerfield supermarket chain in 2008 had left the Co-op Group with a large number of very large stores, which were not working. As a result, he said the Co-op would "exit 60% of Somerfield acquisitions". Mr Pennycook said the Group owned about 650 properties, a third of which were empty stores. "That's property we don't need and don't use," he said. "It's the size of a national retail chain," he added. Highlighting the lack of transparency, Mr Pennycook said the board was "surprised" when he told them of the size of the group's property portfolio.

The group's losses were widely expected. In its half-year results, the Co-op Group had reported pre-tax losses of £709m. At the same time, it revealed £496m in impairments and a £1.9bn black hole in the balance sheet of its banking arm, which had scuppered the planned takeover of 632 Lloyds Bank branches and caused the near-collapse of the Co-op Bank. Last week, the Co-op Bank reported pre-tax losses of £1.3bn for 2013 and said it did not expect to make a profit in 2014 or 2015. The collapse of the Lloyds deal and the parlous state of the bank's balance sheet led to the takeover of the bank by its bondholders in December, leaving the Co-op Group with a 30% stake in the business. That stake could be diluted further after the discovery of another £400m hole in the bank's balance sheet in March.

The Co-op Bank is considering issuing new shares to raise the money it needs to fill the £400m gap. As a result, Co-op Group would need to find another £120m to maintain its 30% shareholding. Mr Pennycook said he did not yet know whether the Group would be investing additional money in the bank. He added: "We have not yet had a formal proposal from the bank that we can look at, evaluate and take to our board. "We have said in principle that we are supportive of a well run, well capitalised bank. An important distinction is that the values of and ethics of the bank are enshrined in its articles of association."