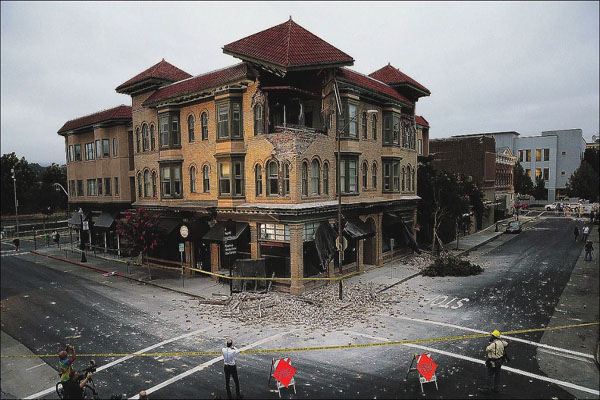 On top of more than 200 people injured, around 50 buildings in the city of Napa — the famed wine region’s economic hub — were deemed unsafe to enter following the 6.0-magnitude quake. The temblor was the fiercest to hit the state’s Bay Area in 25 years, Reuters says. Disaster-modeling firm CoreLogic estimated that the total insured economic losses to the region could range from $500 million to $1 billion; but as only 6% of local homes are estimated to have earthquake coverage, according to the Insurance Information Institute in New York City, the total bill is likely to be much higher. While Napa’s 2014 vintage is still slated for great things, a large amount of stock was destroyed by the quake. “It’s a big mess right now,” Rick Ruiz, operations director for the wine retailer TwentyFour Wines, told Reuters. “It’s a logistical nightmare.” However, wine buffs need not totally despair, as the timing of the quake was in fact somewhat fortuitous — coming after the 2013 vintage had been dispatched for delivery but before most of the current year’s grape harvest was picked.