Fast-growing crypto-currency assets could pose a danger to the established financial system, a senior Bank of England official has told the BBC. 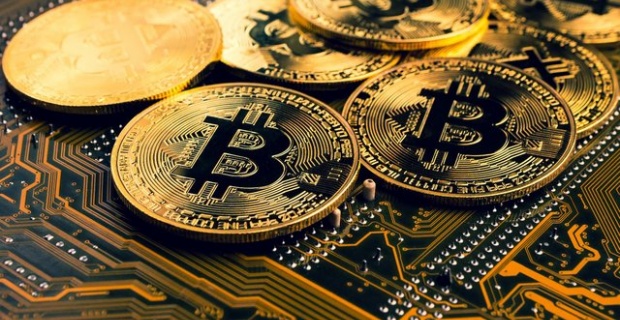 Although not much of UK households' wealth is currently held in assets such as Bitcoin, they are becoming more mainstream, said deputy Bank governor Sir Jon Cunliffe. If their value fell sharply, it could have a knock-on effect, he said. The Bank needed to be ready to contain those risks, he added. Speaking to the BBC's Today programme, Sir Jon said that at present, about 0.1% of UK households' wealth was in crypto-currencies. About 2.3 million people were estimated to hold them, with an average amount per person of about £300. However, he stressed that crypto-currencies had been "growing very fast", with people such as fund managers wanting to know whether they should hold part of their portfolios in crypto-currencies. "Their price can vary quite considerably and they could theoretically or practically drop to zero," he said. "The point, I think, at which one worries is when it becomes integrated into the financial system, when a big price correction could really affect other markets and affect established financial market players. "It's not there yet, but it takes time to design standards and regulations." He added: "We really need to roll our sleeves up and get on with it, so that by the time this becomes a much bigger issue, we've actually got the regulatory framework to contain the risks."

Sir Jon was speaking the day after the Bank published its latest Financial Stability Report, which examined the health of the UK's financial system. The report said UK households had remained "resilient" despite the end of the furlough scheme and other Covid support measures. However, it added that uncertainty over health risks and the economic outlook remained. Covid could still have "a greater impact" on the economy, especially in light of new variants, it said. The report comes as Bank policymakers prepare to announce their next interest rate decision on Thursday. The cost of living rose by 4.2% in October, its highest rate in almost 10 years. This surge in inflation has led analysts to predict an increase in interest rates from their current record low of 0.1%. But doubts have recently set in because of the spread of the Omicron variant.

Keywords:
Bank Of EnglandCryptocurrency
Your comment has been forwarded to the administrator for approval.×
Warning! Will constitute a criminal offense, illegal, threatening, offensive, insulting and swearing, derogatory, defamatory, vulgar, pornographic, indecent, personality rights, damaging or similar nature in the nature of all kinds of financial content, legal, criminal and administrative responsibility for the content of the sender member / members are belong.
Related News