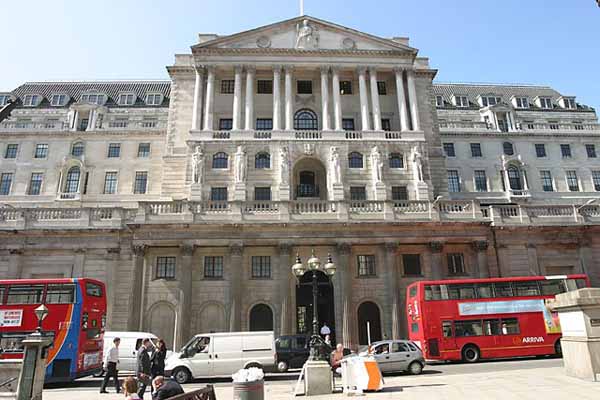 By Jonathan Cable LONDON, July 17 (Reuters) - Unemployment has already fallen below the central bank's target, the economy is bigger than it was before the financial crisis and inflation has risen close to its targeted level.

But the poll of 65 economists, taken this week and published on Thursday, found that rates will not move until 2015 - and then only gradually.

Britain's unemployment rate fell to its lowest level since late 2008 in the three months to May but regular pay growth was much weaker than expected, the slowest since comparable records began more than a decade ago.

The Monetary Policy Committee has made clear that wage inflation is one of the key indicators it is watching and that it would need to see a substantial rise before proceeding with any increase in interest rates.

"The absence of any wage-led inflationary pressure, alongside recent signs in the output data that the economy's expansion may be cooling a touch, should stave off any desire among the MPC to hike interest rates this year," said John Bulford, economic advisor to the EY ITEM Club.

Forty-one of 60 economists who gave a forecast said the MPC would wait until at least January before hiking rates. The other 19 said rates would rise this year, a much higher proportion than in a June poll. None expected no increase before the end of next year.

Inflation fell below the BoE's 2 percent target at the start of the year and while it will gradually rise the poll said it won't reach the Bank's goal until the second half of next year, later than thought last month.

Prices rose a faster-than-expected 1.9 percent in June and although several economists said the scale of the rise was largely driven by one-off factors, investors increased bets on a rate rise before the end of the year.

The poll said the Bank would deliver its first 25 basis point hike in the first quarter of next year and follow up with similar moves in the second and third quarters.

THE ONLY WAY IS UP

BoE Governor Mark Carney and other policymakers have said in recent months the Bank's benchmark rate would rise only gradually and probably settle lower than its near 5 percent level of before the financial crisis.

Carney said in June a first rate hike might come sooner than markets were thinking and that expectations rates will be around 2.5 percent in three years were "not inconsistent" with the economy returning to form.

On Tuesday he told lawmakers the central bank's forward guidance policy aimed to signal how interest rates might change over the medium term, not pinpoint the timing of a first hike.

"We don't know exactly when the rate cycle is going to start. It will be driven by the data. We do expect markets to react to that data," Carney told a hearing in parliament.

After expanding 0.7 percent this quarter and next, growth will ease to 0.6 percent per quarter next year, far outstripping that in the euro zone, Britain's main trading partner.

Unemployment will keep falling, and while average earnings will pick up and outpace price rises next year, that is unlikely to pose a threat to inflation any time soon, the poll found.

"The signs that the labour market is heading nearer capacity is further sign that a footstep on the road to normalisation cannot be delayed for too long," said David Tinsley at BNP Paribas.

(For other stories from the poll see )