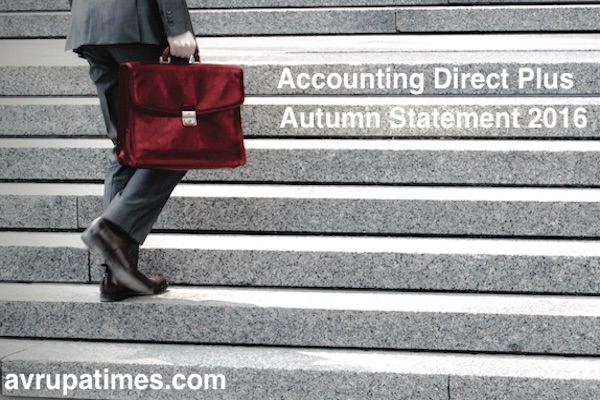 AVRUPA TIMES/LONDON-The first major economic statement since the EU referendum focused on measures to "prepare our economy to be resilient as we exit the EU". Unsurprisingly, the Ofice for Budget Responsibility (OBR) forecasts for growth have changed since the last igures were published in March. The prediction for 2016 is 2.1%, slightly higher than the 2% forecast in March 2016.

However, in 2017 growth is expected to slow to 1.4%, lower than the 2.2% predicted at the Budget in March. Aside from economics, chancellor Philip Hammond's irst Autumn Statement was light on new announcements. There was a focus on investment in infrastructure and innovation with money allocated for R&D, homebuilding and transport. He also conirmed various measures announced at Budget 2016 including: • an £11,500 personal allowance from April 2017 • corporation tax will fall to 17% by 2020.