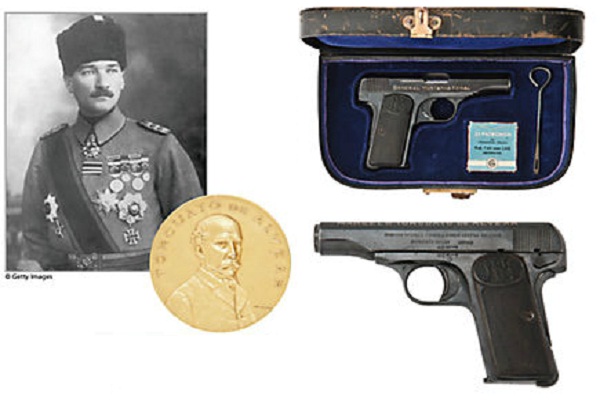 Turkish Bülent Türker came to London from Holland and he said:

" I  am very happy to own this priceless gun. I will take this gun to Turkey for Turkish soldiers who lost their life. I love Turkey and Turkish peopple. I adored Mustafa Kemal Ataturk, the founder of the modern Republic of Turkey. There is no other Turkey. Lets take care of Turkey all tohether..."