As Migrants Continue to Arrive in Europe, Asylum Seekers Relocated 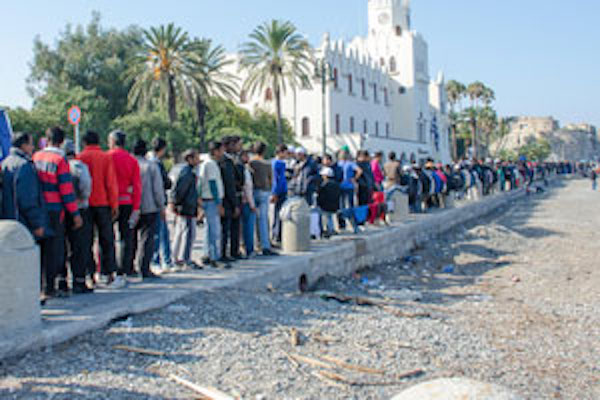 IOM reports the total number of fatalities on these routes now total 3,455 – although we caution that we may be seeing some discrepancies in Greece and Spain where migrants previously counted as “missing” now are confirmed fatalities, a factor which should not change the overall count, but may have been double-counted by our research team. We can report confidently that, according to Hellenic Police, an estimated 17,600 migrants and refugees crossed into Greece from Friday (6/11) to Sunday (8/11). Some 6,803 arrived on Friday, 6,340 on Saturday and 4,528 on Sunday. Weather conditions were fine and migrants and refugees continued to board boats.

However the death toll continued to rise, with the Greek coast guard recovering eight bodies off Lesbos and Agathonisi during the weekend. They included a two- to three-year-old boy. IOM is reporting the recovery of the remains of a dozen or so migrants off Greece since last Thursday night, however staffers on the islands caution that many of these so-called “new” fatalities are simply confirmations of the dozens who were declared “missing” in a series of shipwrecks over the past week.