Arabia One comes to Freeview and Roku players

Win a Roku streaming player and a year’s free subscription to Arabia One. 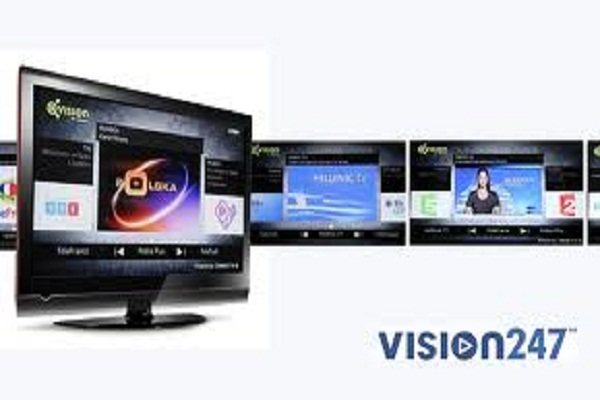 Arabia One comes to Freeview and Roku players

Arabia One brings 13 channels of live 24/7 Arabic culture and entertainment to Freeview enabled televisions and Roku Streaming Players through the Vision TV Network from Vision247. From comedy and fashion to documentaries, film, children’s, music, news, business, life style, and cultural broadcasting: all are streamed live in Arabic from across the Middle East to UK homes.

The Arabia One package provides a host of popular family entertainment from MBC, Dubai TV, Al Jadeed, LBC Europe, OTV, to Murr TV and the women’s lifestyle channel Al Aan TV. Catch films on M. Aflam, series and sitcoms on M. Drama, comedy on Moga, music on M. Hits and MBC 3 which is dedicated to children’s programmes. Al Baghdadia completes the package with the latest news and debate from Iraq. In addition the Al Arabiya channel, bringing the best in news talk and debate, is completely free to view.

To access these channels, viewers will need either a FreeviewHD enabled television or set top box; a Roku Streaming player; or a PC or web capable connected device. Any chosen device will be required to have access to a home broadband connection to receive Arabia One broadcasts.

Arabia One - on Vision TV Network2 - is located on Freeview channel 230. Easily navigated with the remote, one click opens a world of Arabic broadcasting contained within the Arabia One package of channels. These are all delivered over the internet at speeds which more than 90% of UK homes currently support. On a Roku Streaming Player such as the Roku LT or Roku 2 XS, viewers need to first download the VisionTVNetwork app available free from the Roku ‘channels’ app store then just select Arabia One to view.

Viewers without Freeview or a Roku Streaming Player who wish to watch Arabia One can still do so by visiting the website - http://arabiaone.co.uk. Once connected, viewers can view the full Arabia One package for just £9.99 per month. But if they subscribe now they receive the first six months half price.

John Mills, CEO of Vision247, said: “Arabia One is one of the most exciting new channel packages to come to television. There are more than half a million Arabic speakers in the UK who until now have had incredibly limited access to their favourite shows. Now viewers can watch the very latest programmes from across the Arabic world with the whole family.”

Viewer’s wishing to win a year’s free subscription to the Arabia One channel package and a Roku streaming player to access the channels can do so by entering the Arabia One Facebook competition this month. Entries must be submitted by December 12th and the winner will be announced on December 17th.