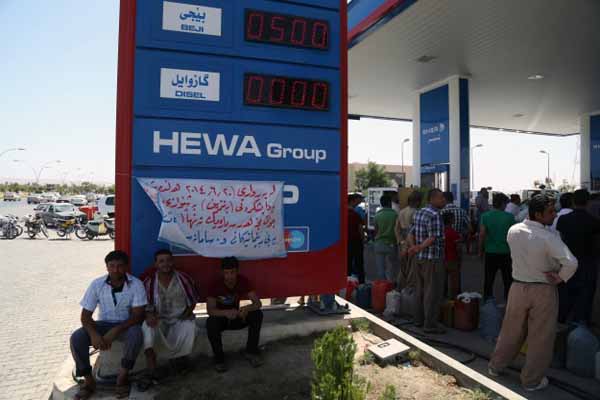 The ship, the United Kalavrvt, which left the Turkish port of Ceyhan in June reached 57 miles off Texas' Galveston port last Thursday, despite the U.S.'s long standing position against Kurdish oil sales without Iraqi central government's consent. Washington has expressed fears several times that independent oil sales from Northern Iraq's Kurdish region could contribute to the break-up of Iraq as the government in Baghdad struggles to contain Sunni Islamist insurgents that have captured vast swathes of the country. Upon Baghdad government's request, a U.S. court in Texas Tuesday issued a decision to seize the ship if it enters U.S. territorial waters. "If the US seized oil in international waters it would be an act of piracy," says Marina Ottaway from the Wilson Center.  "I suspect that the US position will change to some extent, particularly if Maliki gets a third term and continues on the same path. At recent hearings of the House foreign affairs committee several congressmen called for change. I have no proof but oil companies are lobbying for a change" adds Ottaway. Regarding further Kurdish oil exports to the U.S., Professor Richard Stoll from Rice University in Texas said if this court order is upheld then it will be difficult for Kurdish oil to come to the US. "If I were the Kurds I would try to sell the oil to other countries because now the Kurds could send another tanker to another U.S. port and a different judge might issue a different ruling," he said, and suggested the KRG to appeal the court order and hope that a higher level court would reverse it.  On Wednesday, KRG lawyers sent a letter to a court in Texas to explain the misrepresentations of the Iraqi federal government, said a statement on KRG official website. The statement added the oil legally is produced, exported, and sold by the KRG in accordance with the Iraqi constitution and law.