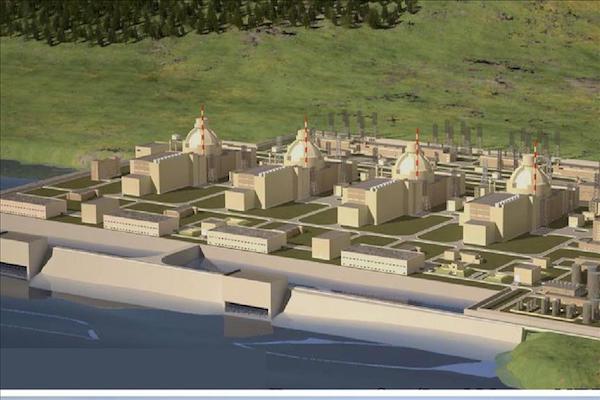 AvrupaLondon - Akkuyu nuclear power plant's (NPP) construction will start at the end of this year or at the beginning of next year at the latest, said Turkey's Energy and Natural Resources Minister Berat Albayrak in an energy event in the southern city of Antalya on Wednesday.Russia's State Atomic Energy Corporation, Rosatom, plans to construct Turkey's first nuclear power plant in the country's southern province of Mersin on the Mediterranean coast.The plant has an operational date set for the first reactor by 2023 and the plant is expected to be up and running at full capacity by 2025.According to Albayrak, Turkish Atomic Energy Agency (TAEK), Turkey's regulatory body, is working on a detailed study for the construction permit for the Akkuyu nuclear power plant (NPP).Albayrak stressed that in the studies even the slightest risk will be addressed in Turkey, a country new to nuclear technology.All works for localization have already started, he underlined.On Oct. 4, TAEK approved AEM-technology as an equipment manufacturer for the Akkuyu NPP.According to the announcement from the company, TAEK issued the approval certificate to AEM-technology, the machine engineering division of Russia's Rosatom (Atomenergomash) on Sept. 19. Rosatom is the first of the NPP equipment manufacturers to obtain an official manufacturing certificate.