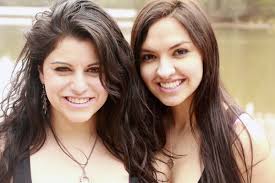 An American YouTube star who claims her British ex-boyfriend posted a secret video of them having sex online is launching complex legal bid for damages and criminal prosecution in the UK courts. Chrissy Chambers, 24, a so-called YouTuber with an online following of more than 435,000 subscribers and 85 million video views to her name, along with her partner Bria Kam, says she was left with “deep depression” and “night terrors” after her former partner posted an explicit video online without her consent.Now, in what could become a landmark revenge-porn case, Ms Chambers is set to launch a legal challenge for damages against her ex-boyfriend after claiming he posted the explicit footage of her on dozens of websites after they split up six years ago. Chambers claims the man secretly recorded them having sex while she was intoxicated after she suggest the pair take a break from the relationship. The footage, which clearly identified her as the participant, was then shared on a number of pornographic websites.