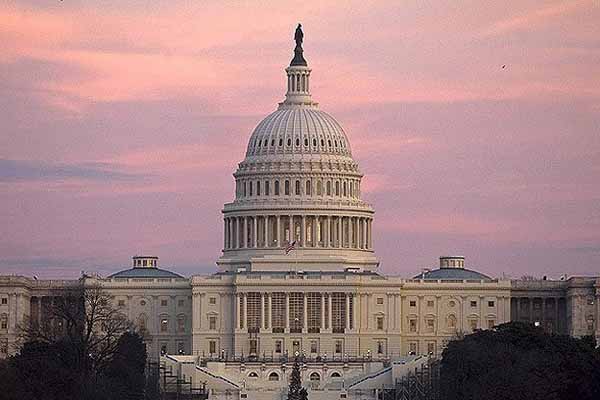 “We are concerned about the threat that is posed by [ISIS], but it is the assessment, as stated by the Chairman of the Joint Chiefs of Staff, by the intelligence community, that there currently is not an active plot under way to attack the U.S. homeland,” Earnest told reporters. Some U.S. lawmakers are calling for a revision of the visa-waiver program, which allows citizens of 38 countries — mostly Europeans and other Western allies — to enter the U.S. and stay for 90 days without a visa. “They can bring … what they’ve learned about bombmaking and about assassinations with them here at home,” said House Armed Services Committee vice chairman Mac Thornberry, a Texas Republican, on CNN on Sunday. Approximately 12,000 foreign fighters have traveled to Syria from at least 50 countries, said Marie Harf, a spokeswoman for the U.S. State Department. Several dozen are suspected to hold U.S. passports, U.S. Attorney General Eric Holder said in July. Britain estimates that more than 500 people linked to the U.K. have traveled to Syria since the uprising began. “Obviously, it’s very difficult to give precise numbers on this,” said Jessica Jennings, a spokeswoman for the British Embassy in Washington, D.C. The French Ministry of Interior has estimated that roughly 900 French citizens are currently waging jihad in Syria, Iraq and Libya. And German intelligence fears nearly 300 German nationals have traveled to Syria.

“One of the concerns is that we want to make sure that we confront this threat before it gets worse, before they’re able to establish a safe haven in which they could build a larger international network and conceive of a broader conspiracy that would allow them to carry out a more — a broader, more violent catastrophic attack,” Earnest said.

ISIS extremists “are one plane ticket away from U.S. shores,” House Intelligence Committee chairman Mike Rogers said Sunday on NBC’s Meet the Press, adding that an attack against the U.S. “is a very real threat.” The violence in Syria has already spread to Europe. In May, a shooting at a Jewish museum in Brussels left three dead. Mehdi Nemmouche, a 29-year-old Frenchman who traveled to Syria in 2013 to join the fighting, allegedly carried out that attack.

Also in May, 22-year-old Moner Mohammad Abusalha, from West Palm Beach, Fla., drove a truck laden with explosives into a government position in northern Syria, becoming the first American suicide bomber in the three-year-old war.

A month earlier, 19-year-old Shannon Maureen Conley was arrested at the Denver airport en route to Adana, Turkey, less than 100 miles from the Syrian border. Conley was detained after she told Colorado police she planned to go overseas and wage jihad. She was hoping to marry a 32-year-old Tunisian man in Syria whom she met on the Internet, according to the charges filed against her.

In June, Texan Michael Wolfe, was arrested at the Houston airport preparing to fly to Turkey. He told agents he planned to use a $5,000 federal tax refund to move his wife and two kids to Turkey and then join the fighting in Syria.

In July, a 20-year-old man was stopped by FBI agents at the Orange County airport in California as he tried to board a flight to Turkey en route to Syria. Adam Dandach, also known as Fadi Fadi Dandach, told agents that he would kill U.S. soldiers if ISIS asked him. Dandach had applied for an expedited passport replacement after his mother had hidden his original in December to prevent him from joining ISIS.

Holder in July called on other Western countries to join the U.S. in criminalizing “preparatory acts of terrorism” like providing “material support” to terrorist groups, the legal justification that the U.S. has used to detain suspected American ISIS followers. Holder also called for greater use of undercover agents to infiltrate Western ISIS groups, asked that allies do a better job of sharing traveler information and recommended that governments invest more in counterradicalization programs.

Some countries have already taken steps to stem the flow. The British Parliament passed a law in May that tightened punishments for joining or helping terrorist groups. Since then, 20 British citizens have been stripped of their citizenship and at least 40 people have been arrested on charges of helping Syrian militant groups.

France, which has passed a legislation banning “preparatory acts of terrorism,” is considering blocking websites that recruit jihadists, and a legislation that empowers the police to stop French citizens from traveling abroad. Norway, which estimates that 40 to 50 of its citizens have traveled to Syria, has also passed a “preparatory act of terrorism” law and made the first arrest under that law in February.