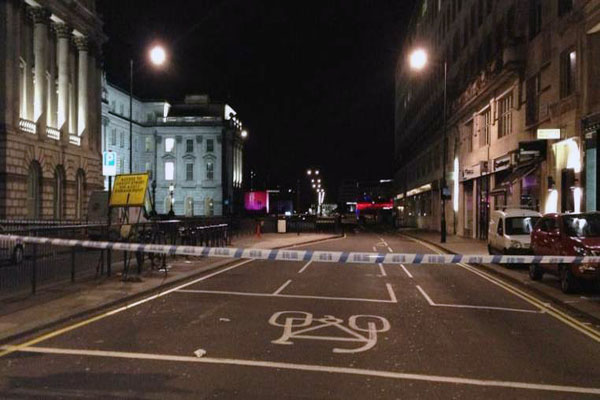 Three men have been arrested after a man in his 20s was shot in a drive-by shooting in central London. The shooting occurred on the southbound carriageway to London's Waterloo Bridge at around 8pm. Police said the gunman was on a motorcycle when he fired at a car, which then stopped on the bridge. "A car is believed to have been shot at by someone on a motorcycle," a Metropolitan Police spokesman said. "A man in his 20s has been taken to hospital. His injuries are not thought to be life-threatening. "Three people have been arrested in connection with the incident." Police seal off a road close to the scene where a man was shot in a drive-by attack close to Waterloo Bridge. Three people have been arrested over the shooting. Pic: Ben Jackson. The suspects are being questioned at various police stations. The bridge's southbound approach was closed while detectives examined the scene.