US has given Cairo $1.55 billion, including $1.3 billion in military aid, every year since 1979 as part of Egypt's Camp David peace agreement with Israel. 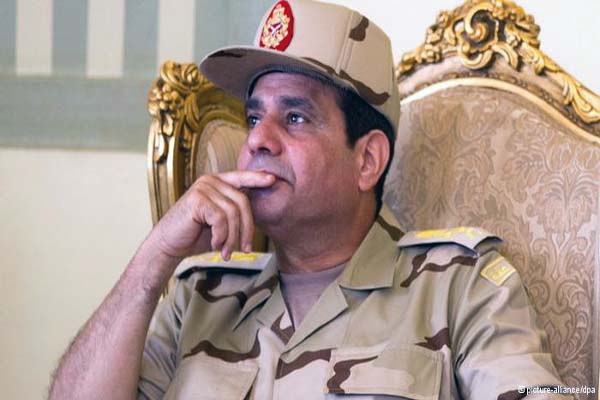 A leaked audio recording purportedly by Egypt's army chief and Defense Minister Abdel-Fattah al-Sisi has showed the top general saying that the United States is keen on maintaining annual aid to Egypt. "The problem that faces the US administration is a legal one in relation to how they can describe what happened in Egypt in the light of American laws," al-Sisi purportedly says in the leaked recording aired by the Jazeera Mubasher Misr late Friday.

"We want to be clear: the Americans are keen on maintaining the aid," he added.

In October, Washington decided to withhold the delivery of fighter jets, helicopters and rockets – along with $260 million worth of financial aid – to Egypt's military-backed government until Cairo took tangible steps towards inclusive democracy.

Washington has given Cairo $1.55 billion, including $1.3 billion in military aid, every year since 1979 as part of Egypt's Camp David peace agreement with Israel.

Anadolu Agency could not independently verify the authenticity of the leaked recording and there was no immediate comment on the tape by the military establishment.