at a charity fundraising dinner at The Dorchester Hotel, the Loomba Foundation launched their plans to mark International Widows Day 2013 (23rd June). 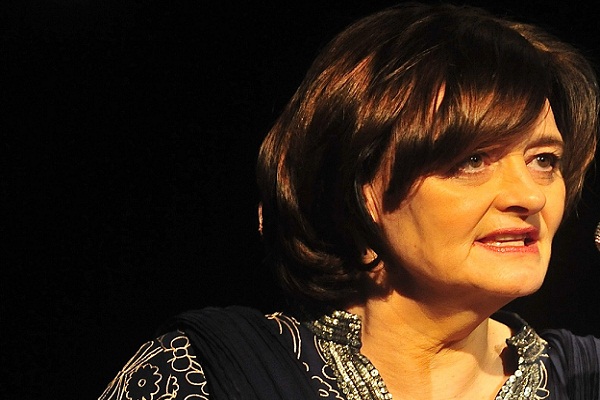 On Thursday 22nd November, at a charity fundraising dinner at The Dorchester Hotel, the Loomba Foundation launched their plans to mark International Widows Day 2013 (23rd June). The dinner was attended by 400 people, including a number of distinguished guests.

President of the Loomba Foundation, Mrs Cherie Blair, outlined a series of events to take place over three days in June to mark International Widows Day. On 22nd June, a fundraising banquet will be held, followed by a charity fun run and family day out in one of London’s parks on 23rd June, and an international conference on 24th June.

Lord Archer presided over a charity auction at the dinner, which raised sufficient funds to complete the funding for one of the Foundations’ projects that was launched on International Widow’s Day 2012. For a cost of just £50, a widow is given a sewing machine and the necessary training to make garments. This project will give them independence, and the opportunity to make clothes, which they can sell to friends and their community. They can become self-reliant, educate their children, and feed and clothe their families. Together with match-funding from the state Governments of Delhi and Punjab, this project will help 10,000 widows to regain their place in society.

The highlight of the evening was the announcement by Mrs Lakshmi Puri, Executive Deputy Director of UN Women, that UN Women and The Loomba Foundation had signed a partnership agreement for three projects across three continents: South Asia, Africa and South America. These will run for the next three years, and will empower widows in India, Guatemala and Malawi. The events to mark International Widows Day 2013 will be held in association with UN Women.

Speaking at the dinner, Lord Loomba said: “I am honoured that UN Women have agreed to partner with The Loomba Foundation for the next three years, and I am looking forward to reaching a far greater number of impoverished widows as a result. I’m also very pleased that we have raised enough money to fulfil our commitment to 10,000 widows, who will now each receive a sewing machine and the necessary training to create garments for sale.”