USS George Washington, carrying about 5,000 sailors and more than 80 aircraft, was joined by four other U.S. Navy ships 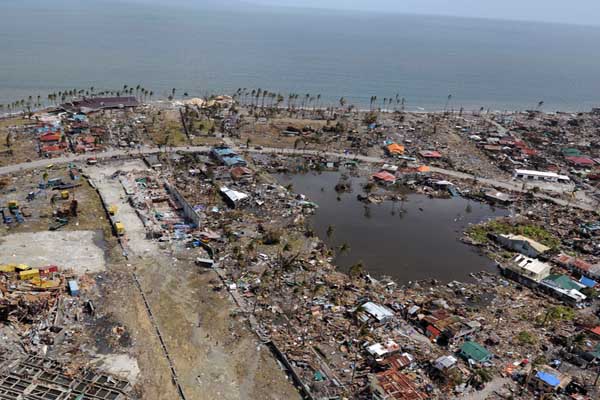 A U.S. aircraft carrier set sail for the Philippines on Tuesday to accelerate relief efforts after a typhoon killed an estimated 10,000 people in one coastal city alone, with fears the toll could rise sharply as rescuers reach more isolated towns.

The nuclear-powered USS George Washington, carrying about 5,000 sailors and more than 80 aircraft, was joined by four other U.S. Navy ships and should arrive in two to three days, the Pentagon said, confirming a Reuters report.

"The weather is pretty bad out there, so we are limited by seas and wind," Captain Thomas Disy, commander of the USS Antietam, a missile cruiser that's part of the carrier group, told reporters in Hong Kong. "But we are going to be going as fast as we possibly can."

Philippine officials have been overwhelmed by Super Typhoon Haiyan, one of the strongest on record, which tore through the central Philippines on Friday and flattened Tacloban, coastal capital of Leyte province where officials fear 10,000 people died, many drowning in a tsunami-like wall of seawater.

Relief supplies poured into Tacloban along roads flanked with uncollected corpses and canyons of debris. Rescue workers scrambled to reach other towns and villages still cut off, which could reveal the full extent of the casualties and devastation.

"There are hundreds of other towns and villages stretched over thousands of kilometres that were in the path of the typhoon and with which all communication has been cut," said Natasha Reyes, emergency coordinator in the Philippines at Médecins Sans Frontières.

"No one knows what the situation is like in these more rural and remote places, and it's going to be some time before we have a full picture."

She described the devastation as unprecedented for the Philippines, a disaster-prone archipelago of more than 7,000 islands that sees about 20 typhoons a year, likening the storm to "a massive earthquake followed by huge floods".

About 660,000 people have been displaced and many have no access to food, water or medicine, the United Nations said.

Britain is also sending a navy warship with equipment to make drinking water from seawater and a military transport aircraft. The HMS Daring left Singapore and expects to arrive in two or three days.