Any Arab who lives in the West is welcome to participate. 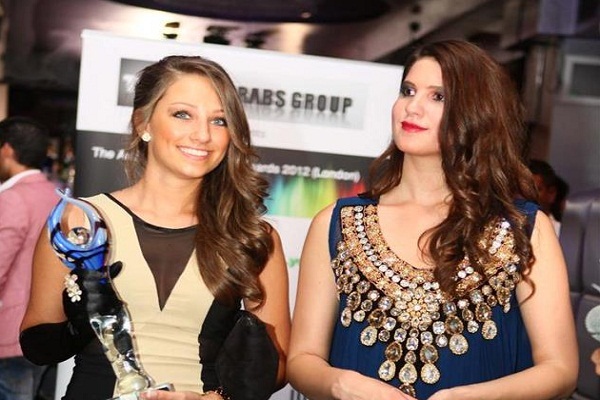 On 1 Dec of every year The Arabs Group, the largest organisation for Arabs who speak English in the UK and Europe (in numbers) will organise The Arabs Group Achievement Awards. The aim of this event is to award people of Arabic origin who have excelled in their field or career in the West, contributed to their community or achieved something in the country they live in. Any Arab who lives in the West is welcome to participate.

The Arabs group are aiming to award people, companies or organisations, in up to 46 specialist areas (Business, Travel, Banking, Media, Film Making, Doctorate, Science, Sport, Politics, Music, Law, Art, Fashion and many more), who will be competing to win the prestigious and what is now considered, the international Arabs Group Achievements Awards.

The winners will be decided by the public. The Arabs Group has no role whatsoever in deciding who to win and The Arabs Group Team are not allowed to vote. The Public can nominate or vote by calling 00442035567674 / 00447438144743 or by emailing: [email protected] (Please remember to leave your contact details). Closing date is: Thursday 15 Nov (10pm).

The winners will win The Arabs Group Achievement Award 2012 in addition to a trophy or certificate and package of prizes provided by various sponsors.

The show will be attended by celebrities in the fashion and sports industry, famous designers, embassy staff, business people and VIP Guests. Although the contestants will be of Arabic origin, speak Arabic or lived in Arabic country, however anyone is welcome to nominate, vote or attend the Award Ceremony.

The event will include entertainment with cultural influence.

For more information about this unique and once in a year international event, please join the Arabs Group fan page on here:

The Arabs Group are hoping to make this event a yearly one on a fixed date to become memorable by everyone: 1st December of every year inshallah. This is truly the Arab equivalent of the Oscars