ope Francis on Monday called on governments to stop forced migration, urging the U.S. to stick with the Paris agreement, 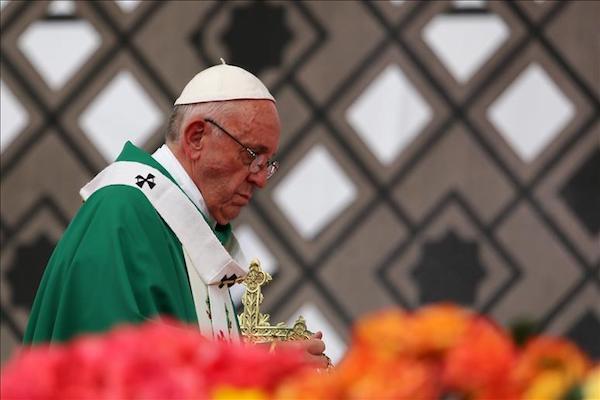 AvrupaLondon - Pope Francis on Monday called on governments to stop forced migration, urging the U.S. to stick with the Paris agreement, saying climate change is one of the reasons behind migration.Speaking to mark World Food Day at the UN Food and Agriculture Organization (FAO) headquarters in Rome, the Catholic leader said migration should be a voluntary choice."Managing human mobility requires a coordinated, systematic intergovernmental action in line with existing international norms, and full of love and intelligence," the Pope said, adding that ensuring food security for all also requires ending conflicts.In response to the U.S.' announcement that it would withdraw from the Paris climate deal, the pontiff said climatic change was a "cause of hunger, so let's not present it as if hunger is an incurable disease".The U.S. administration in August issued its first written notification to the UN that it intends to withdraw from the April 2016 Paris Climate Agreement.This notification came a month after President Donald Trump announced he was pulling America from the international agreement, saying the deal, "punished" the U.S. and would cost millions of jobs.According to the FAO figures, between 2008 and 2015 an average of 26.4 million people were "displaced annually by climate or weather-related disasters alone"."In total, there are currently an estimated 244 million international migrants, 40 percent more than in the year 2000," the FAO said in a statement.