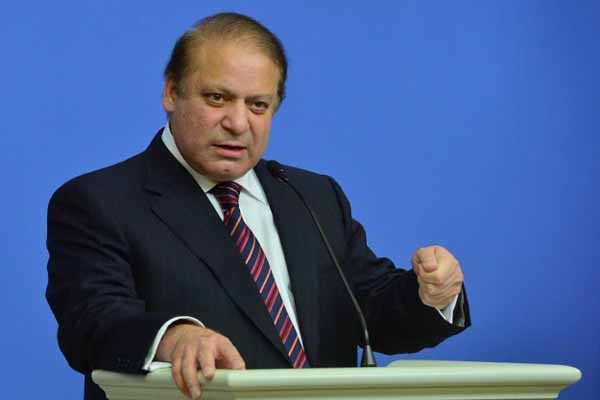 PM Sharif says opposition demands in line with constitution are being addressed as opposition appears to lose footing amid an alleged 'cold war' between government and army “We have already accepted all those demands (by the opposition) that were in accordance with the constitution. I cannot accept those demands that are not in my purview,” Sharif, who is currently facing a serious political crisis challenging his 14-month stint, told reporters in northeastern Lahore city. The country’s powerful army is mediating between the government and an alliance of cricketer-turned politician Imran Khan and firebrand controversial preacher Dr Tahir-ul-Qadri who along with a combined strength of 20,000 supporters have been camping out in capital Islamabad for over two weeks to pressure Sharif to step down for alleged electoral fraud in last year’s general elections. Many believe that the ongoing sit-in is the result of a ‘cold war’ between Sharif and the powerful army, which is not ready to give up its traditional control on foreign affairs relating to ties with India, Afghanistan, and the U.S.

The two leaders, Khan and Qadri, had earlier claimed to bring 2 million people together in Islamabad to force the government to bow to their demands, but independent observers set the figure between 20,000 and 30,000, which has further dwindled since August 14 due to hot weather and lack of food, water and sanitation facilities.

In another sign of failure for opposition, Khan's call for civil disobedience two weeks ago seems to have gone unanswered.

He had urged traders and businessmen not to pay taxes to press the government to stand down, but the government has received taxes worth $181 million in August, easily meeting the government target of 180 million, according to a spokesperson for the Federal Board of Revenue.

Backed by a unanimous parliamentary resolution in his favor, a confident Sharif said he could not go against the resolution that urged him not to resign.

“I cannot compromise on the mandate given by 15 million voters to this government. A few thousand people cannot get the mandate of millions of voters hostage,” Sharif, whose body language suggested that things had turned in his favor, said.

“This sensational period will soon pass”, he added.

The government has already accepted five out of six key opposition demands, which include formation of a three-member Supreme Court commission to probe into alleged electoral fraud, and a parliamentary committee to recommend electoral reforms for free and fair elections. However, Khan and Qadri insist that Sharif must go as proper investigation into electoral fraud is not possible if he remains in power.