Our reporter Sakir Yildirim was in Syria today 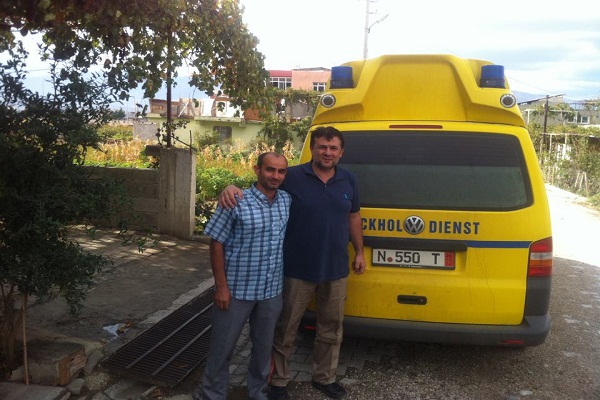 AVRUPA NEWS AGENCY (AVA) Sakir Yildirim / Syria-Our reporter Sakir Yildirim who was in war zone today says : “ I Went to war zone today Yayladag. Free Syrian army took 4 army base or more on the Turkish border. You can clearly see both side with clearly naked eye. So Free Syrian Army Winning sadly 12 Shahid and lots of injured but they are fine. I saw 1 shahid we took his mobile and few personal belongings and we had to call his family to break the news. Shahids name Abdullah kasr from lazkiye.”

Sakir Yıldırım said: “In addition to the ambulance, the people on the ground (at the Syrian Refugee Camps on the border between Turkey-Syria) have stated that they are in DESPERATE need of basic first-aid kits (bandages, antiseptics, suturing kits and other emergency kits/materials). Anything in the way of disposable kits or field equipment that can be brought with the ambulance will be of HUGE HELP and  will save lives. We need money to buy such stuff in Turkey (possibly at cost price from sympathetic pharmacies, etc) where they are usually cheaper and can be bought/packaged in advance of the ambulance arriving there so that it will simply be a matter of loading boxes onto the vehicle and driving the short distance across the border into Syria.”

Bristol man, Sakir Yildirim, is left on a new mercy mission, this time to war-ravaged Syria. Sakir, who is well known for his previous humanitarian projects, decided to help after seeing scenes of devastation and suffering on television.

He departed by plane on Monday and flied to Germany where he has arranged the purchase a suitable left-hand drive ambulance. He seted off from there and drive on his own over-land through the former-Yugoslavia, through Turkey and to the Syrian border. Along the route he aims to load the ambulance with medical, as he puts it “a one-man aid convoy”