Netanyahu under fire after ceasefire 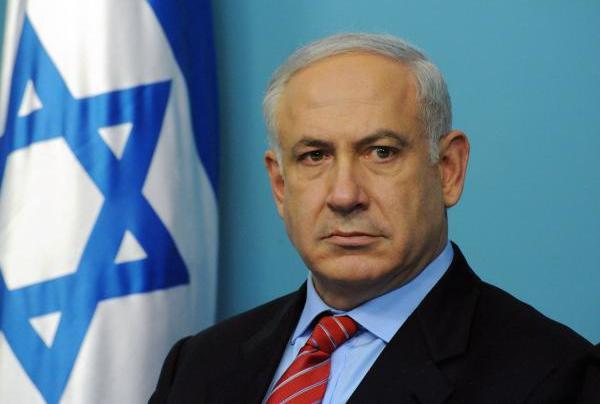 Several Israeli politicians have lambasted Prime Minister Benjamin Netanyahu over an Egyptian-mediated cease-fire deal he signed on Tuesday with Palestinian resistance factions in the Gaza Strip, saying the agreement may not be in Israel's interest.
"This cease-fire comes too late and its conditions prove, finally, that Operation Protective Edge is Netanyahu's strategic failure," Zehava Gal-On, chairwoman of Israel's leftist Meretz Party, was quoted as saying by The Jerusalem Post.
"He (Netanyahu) went to war without goals and finished (it) letting Hamas gain on the backs of residents of the south (of Israel),". she added.
Likud lawmaker Danny Danon said that, despite the "heavy price" Hamas paid over the course of Israel's seven-week onslaught on the densely-populated, blockaded Gaza Strip, Israel had nevertheless failed to defeat the resistance group.
"Fifty days of fighting; 64 soldiers killed; five civilians killed; 82,000 reservists called up – and in the end we're back to the agreement from Operation Pillar of Defense," he added, referring to Israel's one-week offensive against the strip in 2012.
According to The Jerusalem Post, Danon said that a victory was needed to show the Middle East – including Hezbollah, Iran and the so-called "Islamic State" – that "they should not mess with the people of Israel."
"I am concerned we did not succeed enough. Now is the time for national introspection. The policy of restraint and hesitation hurt Israel's deterrence," he added.
Eli Yishai, another member of the Knesset (Israel's parliament), said that a cease-fire without the disarmament of Gaza would mean Israel should prepare for another round of fighting with Palestinian resistance groups in the coastal enclave.
"This will be time [during the truce] for Hamas to resupply itself with weaponry to use against Israel," Yishai, who represents the ultra-Orthodox Shas Party, said.
"Not demilitarizing Gaza will bring Israel to another round of fighting that will be even worse," he asserted.
Even ministers in Netanyahu's government criticized the terms of the cease-fire deal.
Construction and Housing Minister Uri Ariel said: "Any agreement that doesn't include eliminating the rocket threat on residents of Israel and demilitarizing the Gaza Strip is less than half of what is necessary."
"In this reality, the [Israeli] defense establishment will have no choice but to prepare for the next round, which will be soon," Ariel added.
Eshkol Regional Council head Haim Yellin, for his part, said he would not yet tell evacuated residents of his community – located in southern Israel close to the border with Gaza – to return home.
"It doesn't interest me what the government or Hamas say. I will only call on residents to return when I feel like there's a real cease-fire," Yellin was quoted as telling Israel's Channel 10 News.
He also called on cabinet ministers to visit Eshkol and base their decisions on what they saw on the ground.
The Egypt-brokered cease-fire came into effect on Tuesday, ending 51 days of relentless Israeli attacks on the Gaza Strip.
Egyptian Foreign Minister Sameh Shoukry said the deal called for opening all border crossings between the Gaza Strip and Israel, of which there are six – effectively signaling the end of Israel's seven-year-long embargo of the coastal enclave. The cease-fire formally came into effect at 16:00 GMT Tuesday.
For the past seven weeks, Israel has pounded the Gaza Strip with the declared aim of halting rocket fire from the Palestinian territory.
Since hostilities first erupted on June 7, at least 2145 Palestinians, mostly civilians, have been killed and nearly 11,000 injured, according to the Palestinian Health Ministry.
Thousands of homes, meanwhile, have been partially or completely destroyed by devastating Israeli bombardments. Over the same period, at least 69 Israelis – 64 soldiers and five civilians – were killed, according to Israeli figures.
The number of Palestinian fatalities from Israel's current offensive has surpassed the combined death toll from two previous operations against Gaza, including Israel's bloody "Operation Cast Lead" in 2008/09 in which at least 1500 Palestinians were killed over the course of three weeks.
By Alaa Rimawi