A suicide bomber attacked a NATO military convoy in Kabul 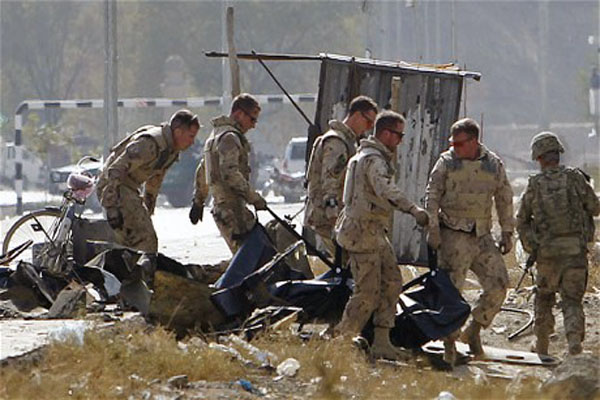 A suicide bomber attacked a foreign military convoy on the eastern outskirts of the Afghan capital, Kabul, on Friday, killing at least three foreign soldiers, police and the NATO-led International Security Assistance Force (ISAF) said. ISAF put the death toll at three service members. It gave no more details. A Taliban spokesman claimed responsibility in a message on his Twitter account. "A number of foreign forces were killed and wounded and many vehicles were also destroyed," the militant spokesman said.