Moscow can speed up, delay missiles to Syria

Russia could speed up delivery of anti-aircraft missiles to Syria 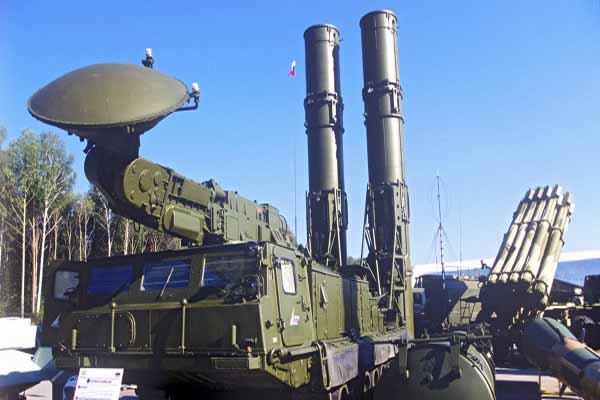 Russia could speed up delivery of anti-aircraft missiles to Syria if the West intervenes, but also floated the idea of suspending the shipment, Russian media reported on Friday, as Moscow set out its negotiating position ahead of peace talks. A Russian arms industry source was quoted by Interfax news agency as threatening to hasten delivery of the hotly-contested S-300 missiles if the West were to impose a no-fly zone or Israel were to launch new air strikes. However the source also "did not exclude that the delivery of the S-300 to Syria could be frozen for a period of time" Interfax reported, comparing the move to the delivery of another weapons system that was suspended by Moscow. Russia's arms industry is firmly controlled by the state, and it is unlikely the unidentified source would be authorised to speak without the blessing of the Kremlin. Russia and the West are staking out positions with parallel threats to arm the warring sides ahead of a peace conference next month, the first attempt in a year by the global powers on either side in Syria's civil war to look for a way to end it.

French President Francois Hollande said it was unacceptable for Moscow to talk about arming the Syrian government ahead of the conference, even as he repeated his own threats to arm the rebels fighting against President Bashar al-Assad.

Yuri Ushakov, President Vladimir Putin's foreign policy aide, said it was the EU's decision last week to lift its embargo on arming the rebels that was "not conducive to preparations for such an important international event" as the Geneva conference.

Paris and London say they wanted the embargo lifted ahead of the peace talks to gain leverage over Assad and Moscow.

In another signal that Moscow is prepared to arm Assad, the head of aircraft maker MiG was quoted as saying he still plans to send Syria at least 10 MiG-29 fighters under a 2007 contract.

Particularly worrying for the West is Moscow's plans to fulfill a 2010 contract to send Assad the S-300, an advanced anti-aircraft missile system that could make it far more dangerous to impose a no-fly zone, and could threaten planes deep inside the air space of Israel or NATO-member Turkey.

The Russian arms industry source said the S-300 missiles could not arrive in Syria for months, but the pace of delivery would be determined by the behaviour of Assad's foes.

"Regarding the deliveries of the S-300, they can begin no earlier than the autumn," the source said. "Technically it's possible, but much will depend on how the situation develops in the region and the position of Western countries."

Without naming Israel specifically, Interfax paraphrased the source as saying: "Air attacks on Syria from the side of a neighbouring government or the introduction of a so-called no-fly zone above Syria may serve as a pretext for speeding up the deliveries of the S-300."

France's Hollande set out his country's position - shared with Britain and other allies - that the West must be able to arm the rebels as long as Moscow is arming Assad.

"To ensure the political solution happens, you should never put aside the option of military pressure, and in this case it is lifting the EU embargo."