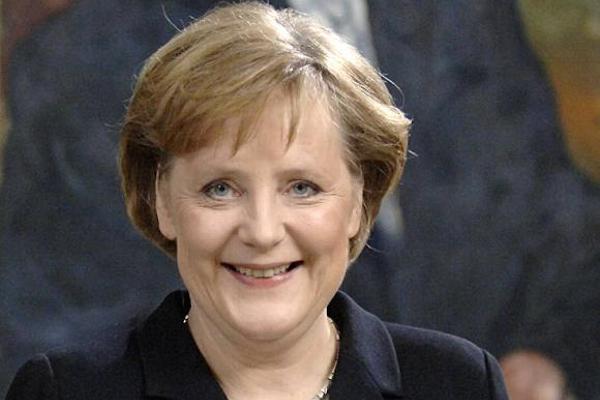 German Chancellor Angela Merkel has blamed Russia for creating new tensions in Ukraine and said that the EU leaders will discuss additional sanctions at their summit scheduled for Saturday. "We are getting reports indicating that the presence of Russian soldiers has increased. We also hear new unrest and fresh advances of the separatists in regions which had been quiet until now," Merkel said Thursday at a press conference after talks with Balkan leaders.
"We have made it very clear in March this year. If further escalations take place then we need to talk about additional sanctions," Merkel stressed. "That topic will be on the agenda of the European council and we will have to address the question of how to respond to this reality."
German Chancellor reiterated that the EU was still seeking a diplomatic solution to the Ukrainian crisis and was not abandoning these efforts. "But we have to realize that (...) the situation has worsened in recent days," she said.
Ukraine's President Petro Poroshenko accused Russia on Thursday of sending troops inside Ukrainian territory and asked for a meeting of the United Nations Security Council to be convened to tackle the crisis. NATO has published on its web page, satellite imagery showing, what it says, are Russian combat troops inside Ukraine.
"The satellite images released today provide additional evidence that Russian combat soldiers, equipped with sophisticated heavy weaponry, are operating inside Ukraine’s sovereign territory," said Brigadier General Nico Tak, director of the Comprehensive Crisis and Operations Management Centre at Allied Command Operations on Thursday.
The four-month conflict has seen government forces gain the upper hand in recent weeks, with the separatists increasingly hemming in around Donetsk and Luhansk. This has been accompanied by claims from Ukraine that Russia is propping up the separatists with weapons and military support.