Merkel urges Putin to step in for cease-fire in Ukraine 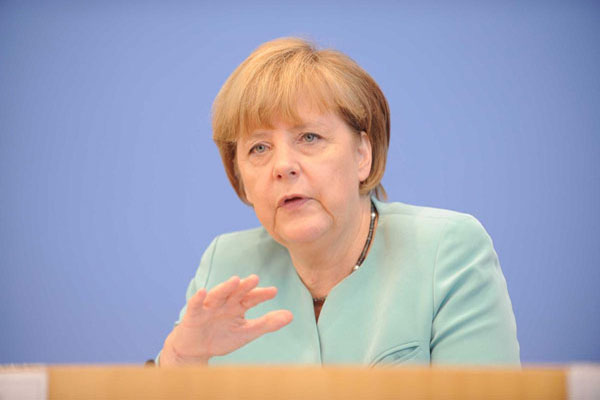 BERLIN (AVRUPA TIMES) Chancellor Angela Merkel has urged Russian President Vladimir Putin in a telephone call on Tuesday to use his influence to make pro-Russian separatists in eastern Ukraine adhere to a cease-fire.

“The Chancellor has clearly told President Putin that in order to achieve further progress towards a comprehensive political solution, it was necessary to improve the security situation in eastern Ukraine,” government spokesman Steffen Seibert said in a statement.

During her conversation with Putin, Merkel also underlined that conflicting parties should adhere to the cease-fire agreement and ensure unrestricted access for OSCE observers to all areas of eastern Ukraine, Seibert said.

“Here, Russia must use its influence over the separatists,” Merkel told Putin, her spokesman said.

She also underlined that conflicting parties should achieve swift progress organizing local elections in Donbass, using the term to refer to all eastern provinces.

Merkel’s telephone conversation with Putin came a day after she met with Ukrainian President Petro Poroshenko in Berlin, amid renewed fighting in the region.

Poroshenko accused Russia on Monday of trying to destabilize his country through military support for separatists in the country’s east.

More than 8,000 people have been killed in eastern Ukraine since fighting broke out in April 2014, according to the UN.

The peace deal signed in the Belarusian capital Minsk called for a cease-fire and the withdrawal of heavy weapons. It also stipulated the removal of foreign troops and the return of government control at Ukraine’s border. However, the agreement has had little effect on the conflict.