Lack of security and Marginalization of Iraqi Turkmen

Professor Stefan Wolff, Professor of International Security at the University of Birmingham, focused on constitutional rights of Iraqi Turkmen 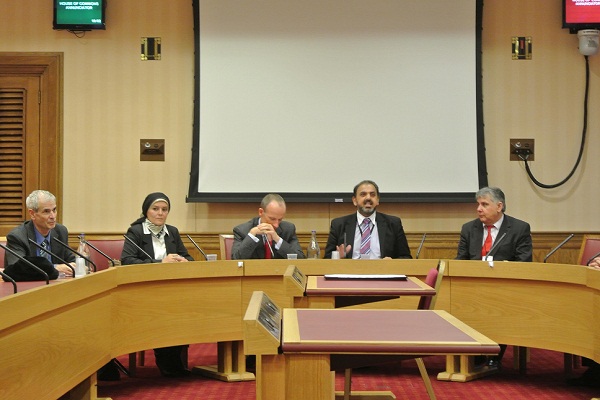 With the aim of  focusing attention on the human rights situation of Iraq’s third largest community, the Iraq Turkmen, and raising awareness of their rapidly deteriorating human rights situation. A round table organised to discuss these situation hosted by Lord Ahmed of Rotherham at House of Lords on Thursday 18th October.

Lord Ahmed opened the discussion by assuring the right of people to live in peace and dignity, emphasizing that he has been there to support all people who are suffering from atrocities and assimilation polices in their countries. After receiving reports regarding the human rights violation of Iraqi Turkmen we are here today to discuss the ongoing targeted assassination, discrimination and marginalization of Turkmens in Kerkuk and throughout Iraq.

Mrs. Sundus Abbas, Iraqi Turkmen Front Representative to United Kingdom presented her report about the ongoing Target ,assassination, lack of security and Marginalization of Iraqi Turkmen on daily basis with no attention from the government to put an end these aggression and to protect them , demanding the British politicians to help them and  save whatever left of their unique culture and population.

Professor Stefan Wolff, Professor of International Security at the University of Birmingham, focused on constitutional rights of Iraqi Turkmen within Iraq constitution and compared it with the reality ,adding today there is legal frame to protect Turkmens in Iraq within the constitution , yet there are big distance between the legal frame and the disruption of Turkmen Human Rights specially in disputed area, and also he explained the denial of Kurdish regional constitution Turkmens as a part of the region inhabitant.

The event highlighted some of the most pressing issues currently facing Turkmens in Iraq and was attendant by Dr. Muhyaddin Al-Taai the Iraqi Embassy charge d'affaires, Mrs Gulcan Okcun Vice Consul Turkish To represent the Turkish Consulate , representative from Turkish Embassy , Academics and people  interested in human right situation in Middle East.