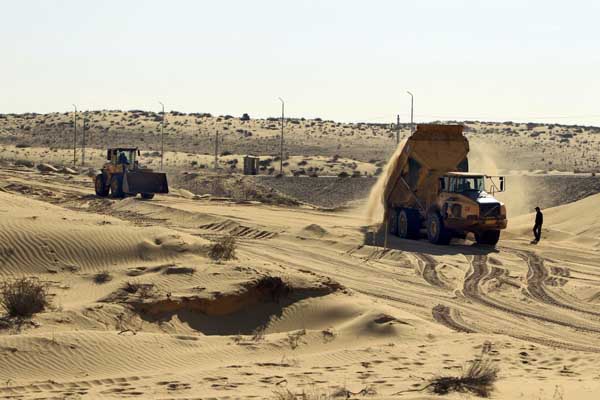 Israeli Prime Minister Benjamin Netanyahu gave instructions to build a security fence along the borders with Jordan, a wall that would also separate between the occupied Jordan Valley and Jordan, Israeli Seventh Channel reported.

According to the report, the decision came in response to the insistence of Palestinian negotiators to consider the Jordan Valley a central issue in the peace negotiations.

Israel sees the Jordan Valley as an economic and security buffer zone for Jewish settlements and wants to keep the region, which makes up at about a quarter of the occupied West Bank, under its firm control in any future peace deal with the Palestinians.

The channel added Netanyahu with this decision aimed to deliver a message that it was not possible to have non-Israeli troops along the border.

"Israel since 1967 has been working to take over the Jordan Valley through land confiscation and ethnic cleansing against the Palestinians,” director of maps and information systems department of the Arab Studies Society Khalil Al-Tufkaji told Anadolu Agency.

“Israel considers the Jordan Valley as a red line that cannot be waived, in which it represents a security dimension for the Israeli military," he added, warning that the security fence would boost Israel's military control over the area.

The Palestinian side insists on the existence of Palestinian forces on the Jordan Valley border with Jordan in any peace agreement in the future, while Israel insist to have Israeli forces along the eastern borders.

Israel refused the presence of international or US forces on the Jordanian borders.

More than 10,000 Palestinians live in the Jordan Valley in makeshift homes and tents, since Israel restricts construction of cement and iron buildings in the area.