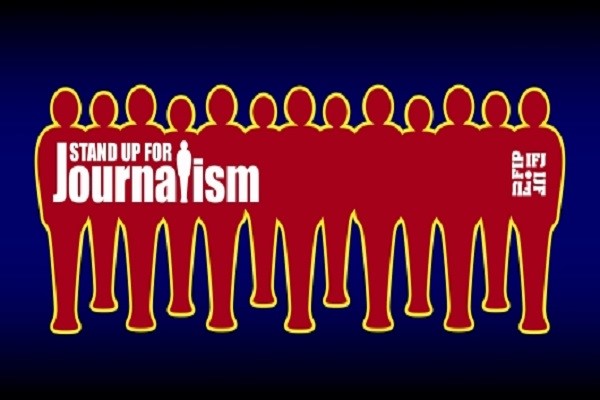 According to IFJ affiliate, the Iraqi Journalists' Syndicate (IJS), Attiyah, who worked for Fallujah TV, was killed in a bomb attack in the town of Khaldiyah, east of the Iraq's Anbar provincial capital, Ramadi. The blast occurred as Attiyah, his brother and Muayad Ibrahim, a reporter for Al-Anbar TV, were travelling in a car to report on fighting in the area.  Ibrahim and Attiyah's brother were both wounded in the attack.

As violence in Iraq continues to escalate, The IFJ has reiterated its appeal for the Iraqi government to introduce genuine measures that will bring an end to the killing of innocent journalists and ensure that those who carry out acts of violence against the media face the full weight of justice.

"We are deeply saddened at the news that the journalists Firas Mohammed Atttiyah has lost his life and we send our deepest condolences to his family and colleagues during this incredibly difficult time," said IFJ President Jim Boumelha.

"Standing in solidarity with our Iraqi affiliate, the IJS, we reiterate our call for the Iraqi government to set up a special task force with the resources to carry out a thorough and independent investigation into the murder of Attiyah and the many other journalists that have been brutally killed in Iraqi. Impunity must end and those responsible must answer for their crimes."

According to the IFJ's list of Journalists and Media Staff Killed in 2013, Iraq remains of the deadliest countries in the world for journalists. Thirteen journalists were murdered in the country last year, with eleven of those murders occurring towards the end of the year.

Reacting to the desperate situation, the IFJ last October launched its End Impunity campaign which is calling on the governments of Iraq, Pakistan and Russia to investigate killings of journalists and bring their perpetrators to justice.

Boumelha added: "We are deeply concerned about the escalation of violence against the media in Iraq in recent months. Our End Impunity campaign is calling for an end to violence against journalists in the country where it is estimated that at least 300 journalists have been killed since the US invasion in 2003.

"Our message is clear: the slaughter of journalists in Iraq must end now," continued Boumelha. "Such blatant and utterly appalling disregard for the lives of journalists quite simply cannot be tolerated."

The IFJ represents more than 600.000 journalists in 134 countries