FBI, 'String Of Ricin Letters Were Sent On Same Day' 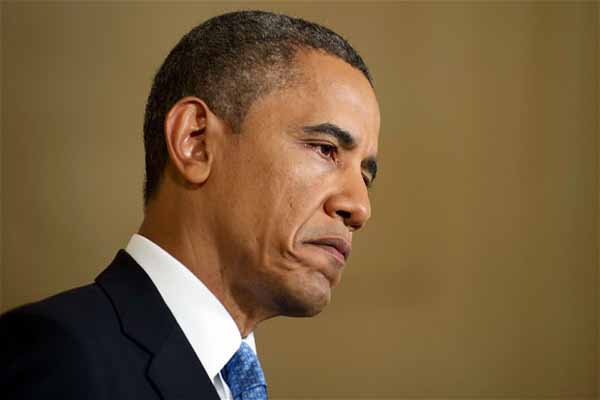 A man arrested last week in Spokane has been charged with sending the letter to the Spokane-based judge after that letter and the letter to the post office were intercepted May 14. The Obama letter was intercepted May 22, along with a similar letter sent to Fairchild Air Force Base, near Spokane, the Seattle FBI office said in a written statement. The FBI and the U.S. Postal Inspection Service said all four envelopes were postmarked May 13 in Spokane and are in the possession of law enforcement. Three contained active ricin toxin, but the letter sent to the Air Force base continues to undergo testing. Each was addressed by hand in red ink. The authorities said they have information that a fifth similar letter was sent to a Central Intelligence Agency location in McLean, Va., and it was "detected" May 22 but has not been located.

"Active monitoring of the mail stream continues in an effort to locate this letter and mitigate any risk its contents might pose," the FBI statement said.

It is unlikely the letter would be encountered by a member of the public, but it should not be opened or handled, and law enforcement authorities should be notified immediately, the statement said.

According to the Centers for Disease Control and Prevention, ricin is a poison found naturally in castor beans. Symptoms can include difficulty breathing, vomiting and redness on the skin, depending on how the affected person comes into contact with the poison.

The FBI is not aware of any illness resulting from exposure to the Spokane-postmarked letters, agency spokeswoman Ayn Dietrich said.

Matthew Ryan Buquet, a 37-year-old registered sex offender who lives near downtown Spokane, has pleaded not guilty to a single charge of mailing a threatening communication and was being held without bail.

The U.S. attorney's office "has made no comment on whether additional charges may be sought," Dietrich said. That investigation continues, but Dietrich said in an email that "at this time we don't expect to present any other subjects" to federal prosecutors.

Officials said Thursday that a suspicious letter mailed to the White House was similar to two threatening, poison-laced letters about the gun control debate that were sent to New York Mayor Michael Bloomberg, one of the nation's most potent gun-control advocates.

The letter was addressed to the president and was intercepted Wednesday at a White House mail screening facility, the Secret Service said. Two similar letters sent to Bloomberg in New York and his gun control group in Washington contained traces of ricin.

It wasn't immediately clear whether the Obama letter intercepted Wednesday contained ricin. It was turned over to the FBI's Joint Terrorism Task Force for testing and investigation.

The postal workers union, citing information it got in a Postal Service briefing, said the letters bore a Shreveport, La., postmark. Kelly would not comment on the origin.

"The Shreveport letters are separate from this Spokane investigation," FBI spokeswoman Dietrich said in an emailed response to questions from The Associated Press.

About a month ago, letters containing ricin were addressed to Obama, a U.S. senator and a Mississippi judge. One of the letters postmarked in Memphis, Tenn., was traced back to Tupelo, Miss., and a Mississippi man was arrested.