Turkey's Antalya region has been rightly crowned the Turkish riviera, with its glorious beaches and top-quality holiday resorts set against a gorgeous green backdrop of pine forests 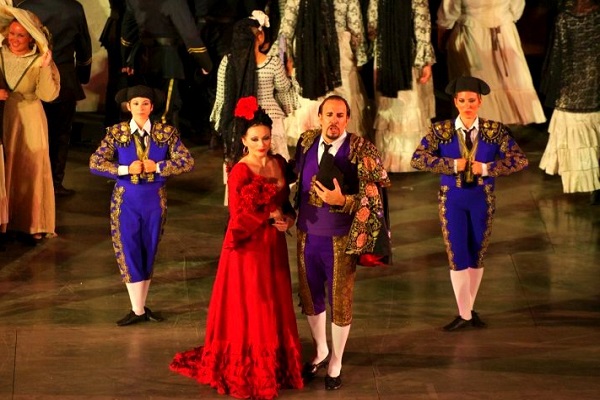 LONDON (4 June 2014) --- Turkey's Antalya region has been rightly crowned the Turkish riviera, with its glorious beaches and top-quality holiday resorts set against a gorgeous green backdrop of pine forests. Beyond this lies a world of ancient ruins, dramatic waterfalls, stunning canyons, adventure sports including rafting and skiing and world-class cultural activities to be discovered by the more intrepid. Join us on a press trip for the cultural highlight of Antalya's year – the 2014 Aspendos Opera and Ballet Festival – showing world-class performances in one of the best-preserved open-air Roman theatres in the world.

This year's much-anticipated Aspendos Opera and Ballet Festival, held on 30 August–24 September, will include the operas Aida, La Traviata, Tosca, Attila, Harem, Hercules and Notre Dame de Paris. As it was during the Hellenistic and Roman periods almost two thousand years ago, the majestic theatre at Aspendos continues to be a cultural draw for the region, attracting followers from around the world. It is set in a historically significant part of the world, given that the city of Aspendos was one of the earliest cities to mint coins back in 500BC and there is a Roman aqueduct, bridge, basilica and other ruins still to be found in its vicinity.

The full programme of the Festival, which will be held in the atmospheric Roman auditorium for an audience of 10,000 replete with the excitement that only such an ancient monument can bestow, can be found on: www.aspendosfestival.gov.tr/program_e.html.

The Antalya region offers not only fabulous scenery in a relaxed environment and wonderful beaches and restaurants, but also a number of notable archaeological and natural attractions, including the ancient sites of Perge, Side, Phaselis and Demre and the stunning natural wonders that are the Manavgat Falls and Saklikent Gorge. Watersports abound including white-water rafting and snorkelling and for the truly adventurous it is possible to both ski in the Taurus mountains and laze on the beach all on the same day in early summer!