Bashar al-Assad on Tuesday declared "general amnesty" for crimes committed prior to April 16. 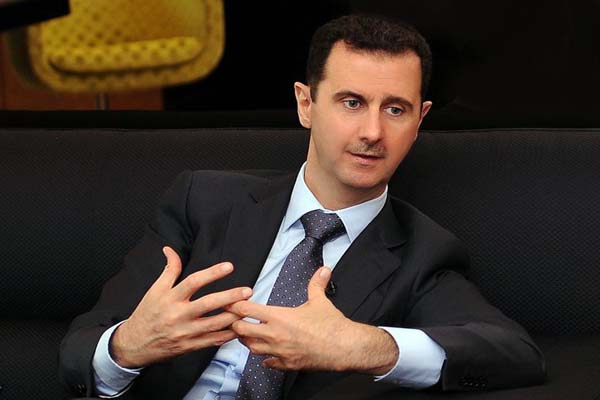 Syrian President Bashar al-Assad cut prisoners' sentences on Tuesday to mark a national holiday but activists said it was a meaningless gesture without the release of thousands of political detainees believed to be held in his jails. The move reduced prison terms of inmates held for both crimes and misdemeanors and also cut by a quarter the jail terms of "Syrians who had joined the terrorists" - the term used by the government to describe the rebels trying to topple Assad. The decree was announced on state news agency SANA but it did not say how many prisoners it covered. The executive order with 14 articles foresees death penalties to be turned into life sentences in prison. President Assad had earlier issued a general amnesty for crimes committed until October 23, 2012. In a former statement, Assad had said that the crimes of "terrorists" fighting against the Syrian government were not covered under the general amnesty.  Syria is mired in its third year of a conflict that began as a protest movement against four decades of Assad family rule but has evolved into a civil war that has killed more than 70,000 people.

Several amnesties have been issued since the conflict began but they have done little to satisfy opposition activists who say thousands of political prisoners are held in state detention centres. Many disappeared without notice from state security forces.

Syrian opposition leader Moaz Alkhatib said the reductions would be seen as a positive gesture only if the women and children among the detainees were released in the coming days.

"We want an amnesty on crimes and the release of all innocents of which there are more than 160,000. Most importantly among them are the women and children. If this happenes we will say it is a token of a Syrian solution," he wrote on his Facebook page.

Rami Abdelrahman, head of the British-based Syrian Observatory for Human Rights, said he did not see it as sufficient because it did not address political prisoners.

"Many will ask what good it does if political activists continue to be arrested daily," Abdelrahman said.

"We are certain that there are still tens of thousands of people detained, many of them simply missing. What concerns us most is that the government stop taking political prisoners and free the many already held in Syrian jails."

The decree marks the holiday of Evacuation Day - the commemoration of the departure of the last French soldier in Syria, ending France's occupation and allowing the proclamation of full independence on April 17, 1946.