Months of public bickering, secretive backroom negotiations and eleventh-hour deals for control of Dell Inc (DELL.O) belie the fact that the combatants 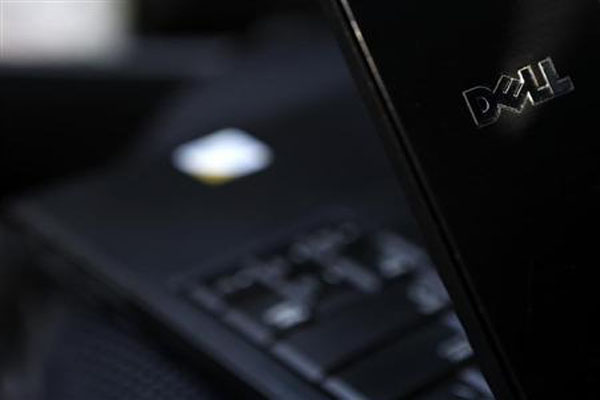 The tussle between Chief Executive Michael Dell and firebrand activist investor Carl Icahn is also starting to spook some customers. It's the last thing a company, grappling with the ever-darkening global outlook for personal computers, needs. IDC estimates Dell's PC shipments slid 4.2 percent in the second quarter, compared to a year earlier. Some customers have begun asking if Dell is even going to be around in the longer term, said Michael Gavaghen, vice president of sales and marketing at Florida-based Dell reseller SL Powers. Sales are taking longer to close as well, he said. "We hold their hand and gently say to just table the purchasing decision another few weeks," said Gavaghen. He stressed, however, that customers are "not fleeing by any means." The cacophony surrounding the $25 billion buyout bid proposed by Michael Dell and Silver Lake Partners has picked up over the past month. Icahn threatened to wage a campaign to replace the CEO and his board, and sued the company in Delaware to try to force an earlier shareholder vote.

Michael Dell raised his offer twice to try to win over major investors. A shareholder vote has been scheduled for September after being delayed three times.

Morale within the company is stable for now, say some employees, though they add that could change rapidly if Icahn has his way and were to reshuffle management.

John Pucillo-Dunphy, senior engineer and owner of Miracle Networking Solutions, a Dell reseller based in Middleboro, Massachusetts, said he supports Dell's going private and is more comfortable with Michael Dell's leadership since it remains unclear what Icahn's long game is.

"I have seen the emails from Michael Dell. I haven't seen anything from Icahn," Pucillo-Dunphy said.

Icahn, who with 8.9 percent of the company is now its second-largest shareholder, has said little about what future he envisions for the company beyond that it has promising prospects based on its large base of PC customers, and that it should remain partly public.

Pucillo-Dunphy said customers are not overly concerned about the drama. "For the most part, they kind of have that mentality that (Dell is) too big to fail."

The company declined to comment on the issue. Michael Dell sent employees an email on Thursday exhorting the troops to stay focused. He followed that up on Friday with a similar assurance for customers.

"I know this hasn't been an easy time. The competition has been aggressive during this period of uncertainty, but we are, as we have always been, determined to prove to you why Dell is the best solutions provider to meet your needs," the CEO said.

China's Lenovo zipped into first place for PC sales globally in the second quarter, and its 16.7 percent market share now takes it past Hewlett-Packard's 16.4 percent, IDC estimates. Dell is No. 3 at 12.2 percent.

Apart from personal computers, analysts say arch-rival HP already outpaces Dell in key areas of the industry including networking and storage. HP is also making strides into enterprise computing, catching attention with its just-launched Moonshot micro-servers, intended to save on power and costs for corporations.

"Without individual specifics, (it is) safe to say that the roadmap is robust," said Dell spokesman David Frink, adding that the company will soon host a number of customer conferences around the world to showcase new products and services.

Analysts have so far refrained from estimating the longer-term impact of the battle on Dell's business. They are watching the situation carefully ahead of the company's quarterly earnings release on August 20.

"It's going to be a high-risk and painful process," Morningstar analyst Carr Lanphier said, adding that the unsettled outcome "makes customers leery."

The average Wall Street forecast is for quarterly profit of $417 million, about half the $875 million reported a year ago. Revenue is expected to slip 2 percent to $14.2 billion.

Dell's fortunes remain closely tied to PC sales, despite $13 billion in acquisitions since 2008 to expand into everything from software to networking. PC sales, which have been shrinking for the last three years, still yield half of revenue.

Global PC sales are expected to fall 7 percent this year and 4.5 percent next year, according to analysts at CLSA. Dell's revenue is seen shrinking every year through 2016, according to Boston Consulting Group, the firm hired by Dell's board to review the buyout offer.

"Investors should take the Silver Lake-Michael Dell bid and run for the hills," said Brian Marshall, analyst with ISI Group. He said the company may end up underperforming his earnings forecast of 26 cents per share on revenue of $14.3 billion.

The CEO, responding to opposition to his buyout, had raised his offer price this month by a dime to $13.75 a share and tacked on a special dividend of 13 cents per share. Before the offer was announced in February, shares were trading around $10 apiece.

Michael Dell, who holds roughly a 16 percent stake in the company he started in college in 1984, wants to overhaul it without interference from shareholders. His option involves sticking to a path established years ago, of transforming the company into a provider of services like storage and computing to corporations and government agencies, in IBM's (IBM.N) mold.

Yet even if he should triumph over Icahn, some analysts think it may be too late, since a large swathe of the corporate market has been locked up by IBM and Hewlett-Packard Co (HPQ.N).

"HP and IBM have being doing this for the last seven to 10 years," said Steven Nathasingh, managing director at research and consulting firm Vaxa Inc. "Dell has just started."