'Kasim who, Lowdown on Turkish delight Keane has lined up for his latest job' 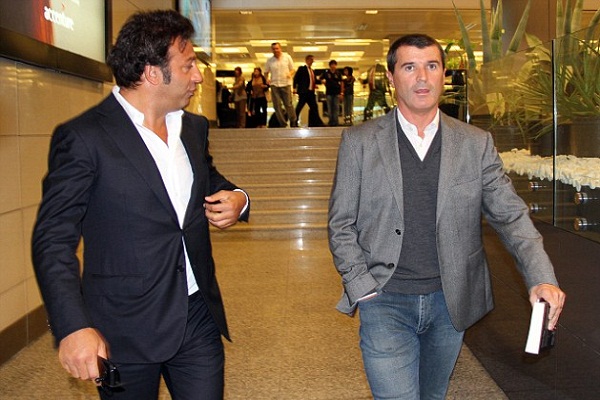 There are few jobs like football management for seeing far flung parts of the world and Roy Keane’s new appointment at Kasimpasa is no exception. The 41-year-old, who last managed at Ipswich Town, is set to sign a £1.4m contract with the Turkish top flight side.

Kasimpasa – Isn’t that the new kebab house on the High Street?

Erm, no. Well maybe. But it’s also a very ambitious football team based in a suburb of the Turkish capital Istanbul. They’re a bit of a yo-yo club having played in all four of Turkey’s top divisions in the last decade, but now their wealthy backers want sustained top flight football.

They must have a bit behind them?

No doubt about that. They’re set to offer Keane £1.4m a year to transfer from the ITV studio sofa, which is marginally more than Adrian Chiles, Gareth Southgate and Lee Dixon could scrape together in a last ditch whip-round.

It appears so. In fact, this looks like a bit of an Abramovich situation and Keane will be under pressure to get results from the outset. The previous manager, Metin Diyadin, was suddenly sacked when the new moneymen joined the board despite leading them back into the Super Lig and overseeing a very steady start that sees them second in the table after six matches.