Turan signed his deal in the presence of Ramon Adell, president of the Management Committee. The contract is for five seasons. 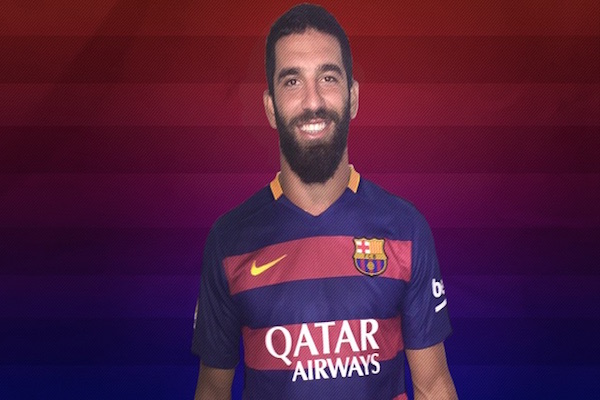 Arda Turan signs his new five-year deal with FC Barcelona. Arda Turan is now officially an FC Barcelona player. The Turkish midfielder signed his new contract on Friday morning in a ceremony held at the Suñol Presidential Box inside Camp Nou. Turan signed his deal in the presence of Ramon Adell, president of the Management Committee. The contract is for five seasons. Following the signing, Turan is set to appear at his first Barça press conference, also at Camp Nou. Arda Turan has had a Thursday like no other. He arrived in Barcelona in the afternoon, and from there travelled directly to the Camp Nou. Our cameras were with him all the way and this five minute video shows what happened after he touched down at Barcelona airport and went to pay a visit to his ‘new home’. Watch him meet team delegate Carles Naval and then pose for the traditional picture next to the club crest outside the head offices.WWW.FCBARCELONA.COM