The first goal came in the second half when 34-year-old midfielder Wesley Hoolahan scored on a half-volley at the 48th minute to give Ireland the lead. 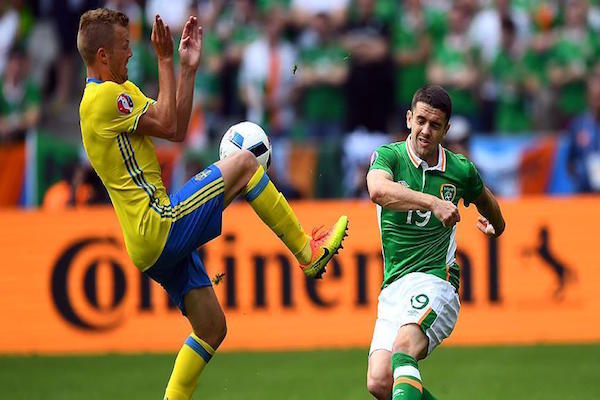 Euro 2016's Group E opening match saw Republic of Ireland and Sweden draw 1-1 draw on Monday at the Stade de France in Saint-Denis. The first goal came in the second half when 34-year-old midfielder Wesley Hoolahan scored on a half-volley at the 48th minute to give Ireland the lead. But, at the 71st minute, defensive center Ciaran Clark headed the ball into his own net after a dangerous low cross from Zlatan Ibrahimovic.

The second match of the Group E will be played between Belgium and Italy in Lyon at 7.00 p.m. GMT.