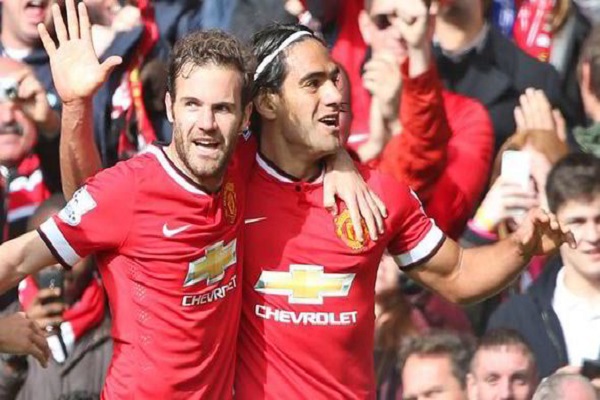 RADAMEL FALCAO scored his first goal for Manchester United to help Louis van Gaal's side to a narrow Premier League victory over Everton.

The Colombian striker side-footed home a pulled Angel Di Maria shot midway through the second half to open his Red Devils account.

And while Everton offered a late threat the could not get past De Gea a second time as United held on to claim their third Premier League win in four games.

United manager Louis van Gaal was forced to select 19-year-old Paddy McNair once again in the heart of defence - so deep is his side's injury crisis, while Antonio Valencia replaced Ander Herrera in midfield.

Without the suspended Rooney, Robin van Persie picked up the captain's armband, while Everton boss Roberto Martinez dropped Samuel Eto'o to the bench in place of Romelu Lukaku up front for the Toffees.