Ferrari fans cheered Alonso's third place as if it was a victory - and with seven races remaining, and the championship lead stretching, it will have felt like one. 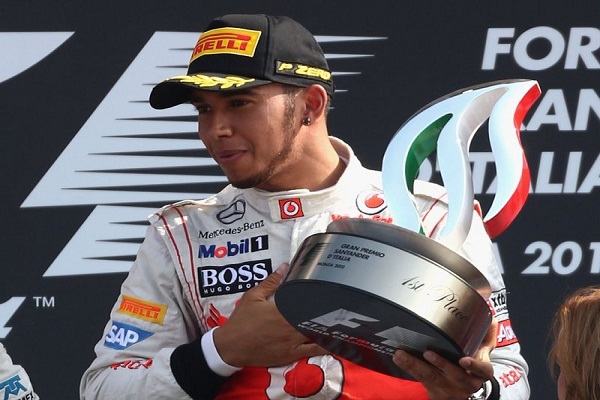 Lewis Hamilton put aside doubts about his McLaren future to romp from pole position to victory in the Italian Grand Prix at Monza. Fernando Alonso made way for the Mexican and settled for third, but given his start place of 10th, and the misfortunes of his Red Bull rivals, it was a day to savour for the Spaniard.

Lewis Hamilton set aside speculation over his future to take victory in the Italian Grand Prix and refresh his hopes of Formula One world title glory.

After crashing out at the first corner of last Sunday's Belgian Grand Prix along with championship leader Fernando Alonso, and amid the saga of his contract negotiations with McLaren, Hamilton conjured a superb drive at Monza to claim his third win of the season and 20th of his career.

The Briton finished 4.3 seconds ahead of Sauber's Sergio Perez in second place, with Alonso giving the Ferrari fans plenty to cheer with third to establish a 37-point gap in the standings ahead of new second-placed man Hamilton.

The start was routine enough for Hamilton, a straightforward getaway, with no drama alongside Button after McLaren had celebrated the 62nd front-row lockout, and a new F1 record.