Greece, Paraguay reach last 16 of U20 World Cup in Istanbul

Greece with an unidentified Paraguay's player during a FIFA Under 20 World Cup game. 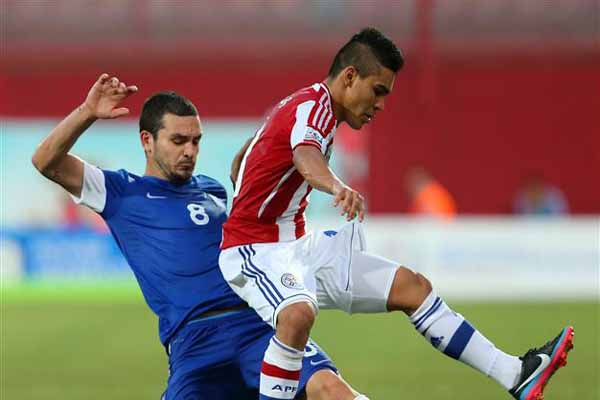 Greece and Paraguay drew 1-1 in their final group match at the Under-20 World Cup today which was enough for both teams to advance to the first knockout round. Striker Dimitrios Diamantakos gave tournament newcomer Greece the lead in the 68th minute before Brian Montenegro leveled five minutes later. Paraguay was reduced to 10 men after 24 minutes when defender Gustavo Gomez received a second yellow card. In the other Group D match, Mexico bounced back from losing its opening two matches and defeated Mali 4-1. Mexico finished third to leave itself a chance of also reaching the last 16, while Mali has been eliminated. Australia is playing Turkey and El Salvador was taking on Colombia in the conclusion of Group C.