Sports events in UK may earliest resume in second step to go into action on June 1, gov't says in road map 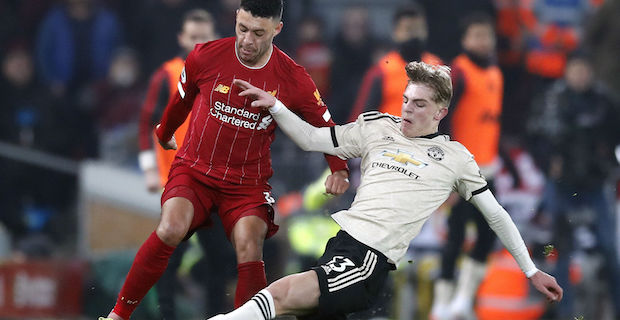 UK vowed to carry on suspensions in professional sports -- including the English Premier League -- for health reasons until June as the government on Monday announced a road map to exit coronavirus crisis. The British government said in a 50-page plan that the return of the sports contests in the UK is in the step two which will start on June 1. "To aid planning, the Government's current aim is that the second step will be made no earlier than Monday 1 June, subject to these conditions being satisfied," the statement read.

"Permitting cultural and sporting events to take place behind closed-doors for broadcast, while avoiding the risk of large-scale social contact," the country will allow the places hosting large crowds such as stadiums to be fully opened later, "depending on the reduction in numbers of infections." The coronavirus pandemic disrupted sports, forcing the UK to pause English football leagues on March 13. As part of the quarantine rules, on March 23, all nationwide social activities were banned until a further notice. Once the Premier League was halted amid coronavirus threat, Liverpool were leading the division with 82 points in 29 games. The Reds were followed by Manchester City, who had 57 points in 28 matches. Leicester City ranked third with 53 points in 29 games. The Premier League consists of 20 clubs as each team should play 38 games to complete a season properly. The UK on Monday confirmed 210 more fatalities, bringing the country's coronavirus death toll to 32,065.

Keywords:
English Football
Your comment has been forwarded to the administrator for approval.×
Warning! Will constitute a criminal offense, illegal, threatening, offensive, insulting and swearing, derogatory, defamatory, vulgar, pornographic, indecent, personality rights, damaging or similar nature in the nature of all kinds of financial content, legal, criminal and administrative responsibility for the content of the sender member / members are belong.
Related News