Will be the first Muslim woman in Assembly 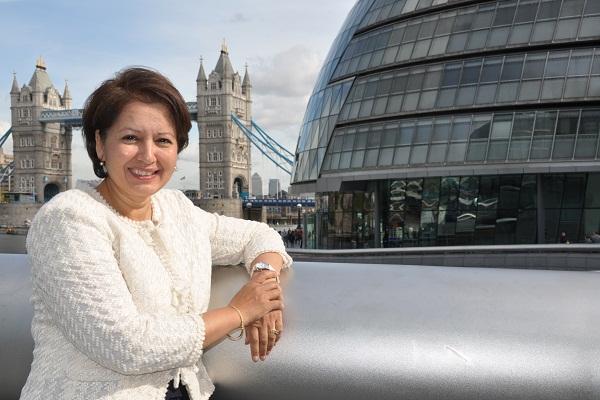 Shas is a mother of three teenagers, who came to London aged 5 and settled and grew up in Tooting in South London.After attending local state schools Shas went to UCL to study Chemistry. After teaching Chemistry and working as an auxiliary nurse she followed a career in advertising. This was followed by a Masters in Environmental Technology, marriage and three children. Shas was a full time mother whilst the children were small; and later entered politics as a volunteer for the Liberal Democrats. She was appointed Head of Office to the then MP for Richmond Park, Susan Kramer. In 2006 Shas was elected a councillor for London Borough of Richmond.In the 2010 General Election, Shas stood as the Liberal Democrat Parliamentary Candidate in Wimbledon, increasing their vote from 8,000 to 12,000.Now, Shas is standing as a London wide List candidate for the London Assembly – she is number 4 on the Liberal Democrats’ list and needs about 12% of the vote across London to get elected.

If successful Shas will become the first Muslim woman to sit on the London Assembly Member.

The role of the London Assembly is to hold the Mayor to account. The Liberal Democrats have been the most vocal group on the Assembly and have been pushing for policies to make life a little easier for the least well off in London in these difficult economic times,

Liberal Democrats have pushed for more affordable transport costs through

This time whoever is elected Mayor will also become London’s first Police and Crime Commissioner – the Liberal Democrat candidate Brian Paddick is a highly respected former senior Metropolitan Police officer. Brian has the experience to make his vision for better policing in London a reality.

-              implement his “you break it, you fix it” policy - designed to bring down the very high reoffending rates among young offenders

The chronic shortage of decent homes has fuelled the steep rise in rents and house prices.

The only way to tackle this is to build more houses. Liberal Democrats have a workable plan to build 360,000 new homes across London in a decade, using the Mayor’s status as the largest landholder in London from May 2012.

We also have plans to bring 90,000 empty homes back into use.

It is only the Liberal Democrats who have offered workable solutions for a fairer, safer, greener London.