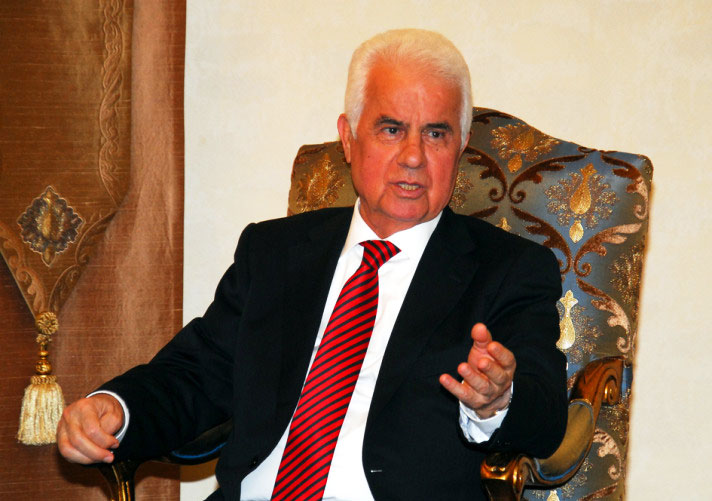 But the president, Dervis Eroglu, accused the Greek Cypriot side of stalling.

"I will hold my head high during the negotiations," Eroglu said. "I will not put my country's future at stake. Going back to pre-1974 is out of question for us."

The island was united until 1974, when supporters of uniting Cyprus with Greece attempted a coup. Turkey responded with a military mission to protect Turkish Cypriots in the northern part of the island. The result was the island's partition and the establishment of a separate political entity in the north - a situation that endures to this day.

While Eroglu expressed hopes that the approaching negotiations would lead to a permanent solution, he also warned against the involvement of unnamed external powers.

"The Turkish Cypriot people's will is substantial and we will make an agreement through their will," he said. "Do not expect that we will say yes to everything they say. For me, the important thing is my people's will."

Eroglu said he believed the Greek Cypriots were trying to get an advantage before the negotiations.

"No gaining before talking," he said. "Exchanges will be on the table."

Negotiations over Cyprus are set to resume after a 2004 deal put forward by former U.N. Secretary General Kofi Annan to reunify the Turkish Cypriot and Greek Cypriot communities was defeated by a no vote in a referendum in the Greek portion of the island. Turkish Cypriots had voted in favor of the Annan plan.

A joint declaration announced by the U.N. mission in Cyprus on Feb. 11 said a settlement between the two sides “will be based on a bi-communal, bi-zonal federation with political equality."

A solution would also be expected to address issues such as the constitutional framework, territorial adjustments, return of property to pre-1974 owners or compensation payments, the return of displaced persons, and possible repatriation of Turkish settlers.