When the liberal daily Taraf was launched some five years ago, it was presented as prime evidence of how much Turkey has moved forward. 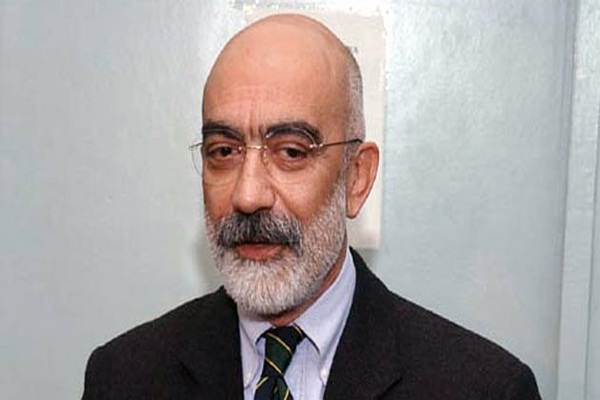 Staffed with muckraking journalists who were especially committed to exposing the misdeeds of Turkey's powerful military, the scrappy newspaper truly did break new ground, covering stories that most of the Turkish mainstream media stayed away from for fear of crossing the powers that be.

Five years later, Taraf might be put forward as prime evidence of how much Turkey is slipping backwards, particularly in terms of press freedom issues. On Dec. 14, Taraf's top two editors -- Ahmet Altan, a vocal critic of the government, and Yasemin Congar, as well as two leading columnists -- resigned from the newspaper, effectively stripping it of some of its most powerful voices. The reasons for the resignations were not immediately given, but they came at a time when Taraf was facing increasing pressure from the ruling Justice and Development Party (AKP) and some of its supporters after the newspaper started turning a critical eye towards how the government was managing Turkey's affairs.

Taraf's impact in recent years (it just recently celebrated its fifth anniversary) is much larger than itself. It was established by a group of colleagues who, in the wake of a huge political change taking place in the country, had decided to be part of the glasnost, encouraged by Turkey's EU accession and reform process. What united them was the notion of “enough is enough” with the bureaucratic tutelage, military-led political-social engineering and the culture of coups.

They were a bunch of liberals, pacifists and socialists -- ethnically blended free thinkers. What united them also was their determination to a no-holds-barred approach with the news. Unlike their colleagues -- many of whom hypocritically act as champions of press freedom in the so-called mainstream media today -- they said no to self-censorship and, time after time, reported on the ideologically and institutionally corrupt military apparatus and human rights abuses.

While newspapers like Hürriyet and others deliberately ignored the stories that whistleblowers provided them with, Taraf stood out since 2007 as the newspaper that everyone who was interested in Turkey's past, present and future bought every morning. It defined the agenda and its reporting played a key role in the opening of politically and legally delicate trials like Ergenekon, Sledgehammer and many others. It was also the newspaper that dared to publish information from WikiLeaks, causing a storm and a huge debate.

In many ways, Taraf was a very useful weapon for the AKP and Prime Minister Recep Tayyip Erdogan in their fight against the military. As Baydar mentions, it was Taraf that broke many of the stories that ultimately led to the arrest of dozens of retired and serving generals and helped the AKP break the military's decades-long control over the course of Turkish politics. But as the military diminished in strength and became less of an obvious target, Taraf started turning its attention to the government's flagging democratization drive, accusing Ankara of becoming more authoritarian and holding the civilian government in Ankara accountable for the military's latest missteps, such as last year's killing of 35 Kurdish villagers who were mistaken for Kurdistan Workers' Party (PKK) militants.

It appears Taraf will continue publishing despite the recent resignations, but it will clearly be a diminished newspaper. Meanwhile, the changes at Taraf mark yet another step in the muting of the Turkish press, which over the last few years has seen a number of personnel changes at major newspapers that are assumed to have been done in order to mollify the government and Erdogan. Taraf may have had its flaws, but its voice was a critical one, in all senses of the word. For now, there doesn't appear to be any other publication that can or will dare play the role Taraf did.