Turkey, despite the protests, we represent all of our citizens

The AK party has built a robust democracy, and allowing the initially peaceful protests in Gezi Park reflects our achievement 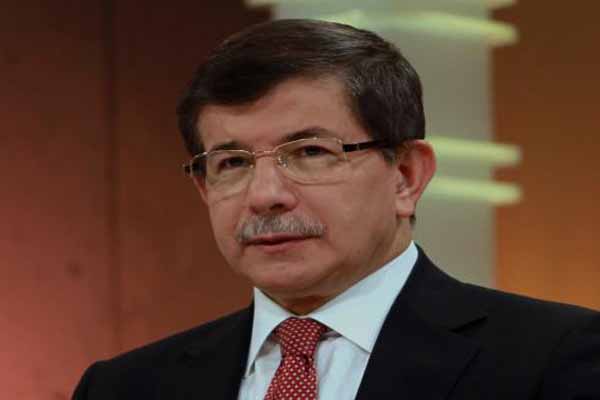 Much has been said about the events of Gezi Park in Istanbul, but to fully understand them a broader perspective is required.

Ahmet Davutoglu writes an article on The Guardian Newspaper

First, it's wrong to claim there is a deficit of democracy in Turkey. From the moment the AK party came to power we have striven to achieve a stable and just system in which all segments of our society enjoy their basic rights under the rule of law. It has not been easy – we have had to overcome myriad hurdles, including several aborted coup attempts and efforts to remove the party and its leaders through arbitrary and politicised legal proceedings. In surmounting these challenges, we have firmly embraced democratic principles, relied on the wisdom of public opinion, and acted within the law. We have viewed ourselves not as the rulers of a country, but as the servants of democracy chosen by and serving the people.

Our party admires the diversity of ideas and beliefs, for they are what guide us. The power of our citizens allows us to govern. This is the main reason the party has earned successive electoral victories.

Second, our success extends beyond the ballot box. Indeed, all peaceful protests reflect our achievement in expanding democratic participation and debate. I strongly believe that as more people, especially younger generations, get involved in politics, the more likely a real democratic culture that respects dissenting views will endure in Turkey.

We believe political participation and opposition is a not a threat, but an encouraging, progressive instrument of democracy. Since 2002 Turkey has seen a dozen concrete examples of this, such as workshops and consultations with intellectuals, public figures and youth on issues including democratisation, the Kurdish question, and minority issues. Regarding Gezi Park, alongside the meeting between the deputy prime minister, Bülent Arınç, and protesters' representatives, Prime Minister Recep Tayyip Erdoğan has called them several times since the early days of protests and offered to put the development plan to a referendum of İstanbul residents.

Third, though we view peaceful protests as part of a democratic system, we have to strike a balance between this principle and maintaining public order. The protests began as a peaceful environmental movement opposing a government plan for development. Unfortunately, violent extremist groups hijacked their democratic demands. No democratic government would allow any illegal or illegitimate group to undermine public order, attack the police and destroy public and private property. However, there have been some mistakes in the use of force against the protesters, and the government has expressed regret. Investigations into these incidents are under way, and those responsible are already being held accountable.

Interestingly, simply because some of the agitators are anti-AK party, many media reports ignored their violence and even portrayed them as pro-democracy groups. This is why we believe the Gezi protests have been exploited to convey doubts about Turkey's ascension to the highest rank of democratic economies. After all, a recent terrorist attack in Reyhanli was barely reported.

We are well aware that we have been elected with the support of a good proportion of society, but represent and respond to the will of the entire nation. We also know that democracy involves participation, deliberation and consensus-building. Just as we hear the demands raised through Gezi Park, we also hear the voice of the hundreds of thousands at our party rallies in Ankara on Saturday and Istanbul on Sunday.

Elections are the only way to change a democratically elected government. Our party has built a first-rate democracy that we value more than ever – since 1950, legitimate governments have been toppled four times from outside the political sphere. We represent the will of the people, and our political power is the power of all of our citizens. (guardian.co.uk)