‘Political and Human Scenes from Britain’ 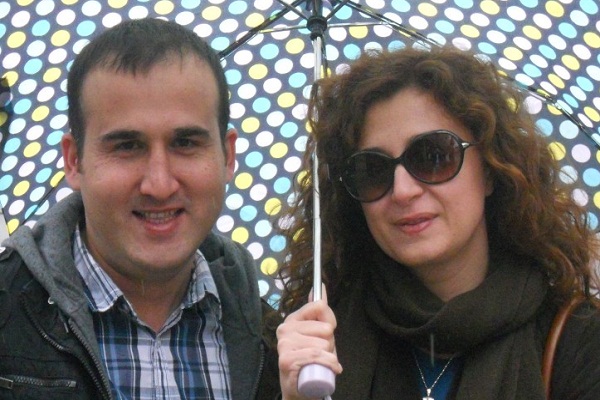 "Needless to say, Ece Temelkuran is one of the most controversial names nowadays in Turkey. She has been writing since she was 19 years old. Ms. Temelkuran has published many books including, ‘Muz Sesleri’, (The Sounds of the Bananas), ‘Oğlum Kızım Devletim: Evlerden Sokaklara Tutuklu Anneleri’ (My Son, my Daughter, my State: The Mothers of Detainees from the Household to the Streets), ‘Biz Burada Devrim Yapıyoruz Sinyorita (We are having a Revolution here Senorita’). In her latest book, ‘Kayda Geçsin’ (On the Record’), she says: ‘I do not like the word, “hope”. I prefer the word “persistence” to “hope”. I still persist even if I do not hope anymore’. As ResearchTurkey, we talked about hope, persistence, the Arab Spring, authoritarianisation and being a dissident in Turkey with Ece Temelkuran."

“If you declare you have power in the Middle East, that power will be tested”

“The Arab Spring is really a spring, but not in the sense it is covered by the international media. It is a revolution in the sense of human texture it has. For the first time, the Arabs’ started speaking up and the Arab streets became visible not only in the Arab politics but also in the world politics.”

“It is not the case that Turkey is getting more interventionist nowadays. The AKP was enthusiastic about interventionism from the start; they wanted to send the Turkish troops to the Iraq War. This was prevented thanks to the anti-war coalition plus one honourable deputy from the AKP.”

“Right now, a new model is imposed on Turkey. I am concerned that this model would create a country which is as authoritarian as Russia; whose economy looks like China; and whose mind-set is similar to the Dubaian people. With slogan of ‘one flag, one nation and one state’- the slogan used in the 2007 elections-, the process of authoritarianization is clearly finalized in Turkey.”

“The project imposed on Turkey is not ‘Islamization’, but ‘creating an obedient and conservative nation’.”

“The AKP is engaged in a top-down “social engineering”. In the past, the Kemalist parties have adopted authoritarian principles as well. However, what’s ironic about the AKP is that while they declare a war against the Kemalist state -as in the case of Ergenekon trials- they adopt an almost Kemalist like jargon and they do not hesitate to intervene even more intensively.”

“It is not me, but the prosecutors and counsels of the Ergenekon and KCK trials who do not take those cases seriously. The indictments are pretty weak in terms of language, and there is a serious problem of injustice with the case. A completely new notion of law enforcement has been constructed in Turkey. A crime is “created” and arranged within the indictment. That is the core problem.”

“The AKP could not manage the Kurdish opening. What we need is a Turkish opening, not a Kurdish one simply, because we need to convince the Turks. They should have warmed up the Turks for this, however they did not. First they irritated the Turks, and then they outraged the Kurds with the KCK trials etc.; so they ended up creating an environment in which people strangle each other.”

“Actually I do not criticize the AKP that harshly. I am just against one simple thing: there cannot be an authority that cannot be criticized whatsoever. However, now, this is the case.  In the past, it was the military; now, it is the AKP.”

“I have a high opinion about the AKP’s opening up to Middle East. They have healed the mental health of the Turkish people regarding this issue. The self-esteem, which Recep Tayyip Erdoğan has provided to the average person in Turkey, is priceless.”

“The AKP’s economic success is amazing. I have never seen a party that knows politics as good as the AKP, they know mass politics splendidly. Recep Tayyip Erdoğan organized the rage arisen due to economic crises and interventions very well.”

“If you declare that you are powerful in the Middle East, your power will be tested. Now my concern is that Iran will be testing our strength.”

“In Turkey, no one from a particular camp would be willing to destroy someone from the other camp. The reason is that, existence of a camp is the raison d’être of the other. They just attack what’s in the middle – non-marginal is not desirable. Hrant Dink is the most significant example. They cross-fire at those who are moderate.”

“I just want to be into literature, since all these events and the whole process made me upset and tired.”

‘Political and Human Scenes from Britain’

Ms. Temelkuran, thank you very much for accepting to give an interview for the Centre for Policy Analysis and Research on Turkey (ResearchTurkey). You have been in Britain for a while. You made certain speeches. You attended Hay Fest as a litterateur. You also witnessed 60th Anniversary of Queen Elizabeth II’s reign (Diamond Jubilee). What are your impressions?

The Diamond Jubilee ceremonies illustrated once again the persistence of British people against adverse weather conditions. Besides this, the most entertaining note for me was the BBC announcement regarding the concert given in front of the Buckingham Palace. During the performances in the day, the children from Africa, that was a part of the Commonwealth, sang. BBC announced them as ‘the children from the sister lands’. And I asked to myself: “What kind of a fraternity is this? Once upon a time, you had exploited these people and now you make these children to sing and celebrate the jubilee.” In Britain, their aristocracy seems so naïve and humble from the outset, but this ‘fraternity’ issue was quite interesting.

What are your impressions based on your speeches where the audience was generally populated by the Turkish and Cypriot immigrants who identify themselves as British right now? Do you think that the political atmosphere in Turkey is replicated in Britain amongst these people? Or do you gather that you are in a different political culture?

Yes, I noticed the polarization in Turkey here as well. During the speeches at University of Oxford and School of Oriental and African Studies (SOAS), I was insistently told to bear in mind the sensitivities of the Turkish majority. There was a strange perspective suggesting that I should arrange my speeches regarding this point. It was really worrisome to experience this.

It is a real spring. But, as you know, we can live through the winter without seeing the summer. It is a spring but not in the sense it is covered by the international media. It is not a revolution in this sense. It is a revolution in the sense of human texture it has. The Arabs started speaking up and for the first time Arab streets began to be visible not only in the Arab politics but also in the world politics. For the first time, the Arab people speak for themselves to the Western world. In another sense, there occurred a different revolution in which the image of “Arab” has begun to change in the West. While the Westerners previously perceived the Arabs as potential terrorists, now they consider them as potential revolutionists. That’s the gist of the revolution. When I was writing “The Sounds of the Bananas”, I was in Beirut. I always argue that Beirut represents the sub-conscious of the Arab world. Not only because of the fact that people used to go to Beirut to drink and relax, but also because of the fact that the city is a place where the political activity is future-oriented. In ‘the Sounds of the Bananas’, I argue: ‘the wound is the liveliest part of the body, thus we should move into the wound”. Everyone living in the Arab world estimated such an event, but they were not clear about timing. It happened this year and the last year. Therefore I feel that I am foresighted.

The Full Text of the Interview:http://researchturkey.org/?p=1840