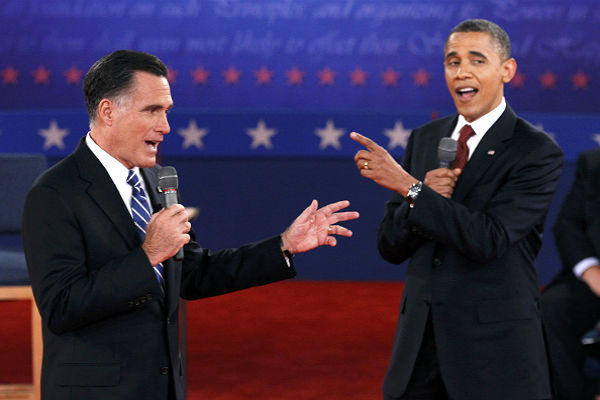 The poll of 21,797 people, conducted by GlobeScan/PIPA between July 3 and September 3, 2012, indicates that Obama is preferred to Romney in 20 of the 21 countries polled. Overall, an average of 50 per cent would prefer to see Obama elected, compared to only 9 per cent who prefer Romney. The rest express no preference between the two

Of all the countries polled, France is currently the most strongly pro-Obama, with 72 per cent wanting him to be re-elected and just 2 per cent preferring Romney. Australia (67%), Canada (66%), Nigeria (66%), and the UK (65%) are among the other countries with large majorities favouring Obama.

Pakistan, where 14 per cent want to see Romney elected compared to 11 per cent who prefer Obama, is the only country where the current President is not the favoured candidate—but here, three-quarters (75%) express no opinion. The countries with the largest proportions favouring Mitt Romney are Kenya (18%) and Poland (16%).

Despite Obama facing a closer race than in 2008, his support around the world has not slipped relative to four years ago. The current results are broadly in line with the results of a similar BBC World Service poll conducted in 2008, which found that Obama was the preferred choice for US President in all 23 nations polled. Compared to four years ago, support for Obama’s election has risen in seven of the 15 countries polled in both years (France, Brazil, the UK, Panama, Indonesia, India, and Turkey), dropped in four (Kenya, Mexico, Poland, and China), and is steady in four (Australia, Canada, Nigeria, and Germany).

The emphatic preference for Obama’s re-election worldwide is in sharp contrast to the state of public opinion in the USA, where polls now show the two candidates to be nearly tied in public backing.

GlobeScan Director of Global Insights Sam Mountford comments: “While the presidential race in America looks like going down to the wire, global public opinion appears to be firmly behind Barack Obama’s re-election—even if two in five express no preference between the two candidates.”

Steven Kull, Director of PIPA comments: “Obama’s election in 2008 led to a major recovery of America’s image in the world and people are showing little interest in changing horses now.”

A total of 21,797 citizens across 21 countries were interviewed face-to-face, by telephone, or online between July 3, 2012 and September 3, 2012. Polling was conducted for BBC World Service by the international polling firm GlobeScan and its research partners in each country. In six of the 21 countries, the sample was limited to major urban area